Andrew Irwin will be looking to rediscover the form and consistency that saw him put his SYNETIQ BMW M1000RR on the podium at Silverstone back in April, when the Bennetts British Superbike Championship reaches Brands Hatch next weekend [July 22/23/24] for round five of the 2022 series.

“Brands is the home of BSB really, so I always look forward to racing there,” said the Ulsterman. “It’s where I scored my first ever British championship win in the Stock 600 class and it’s a track where the fans turn out in big numbers. Yeah it’s a great venue and great circuit to race on for sure.” 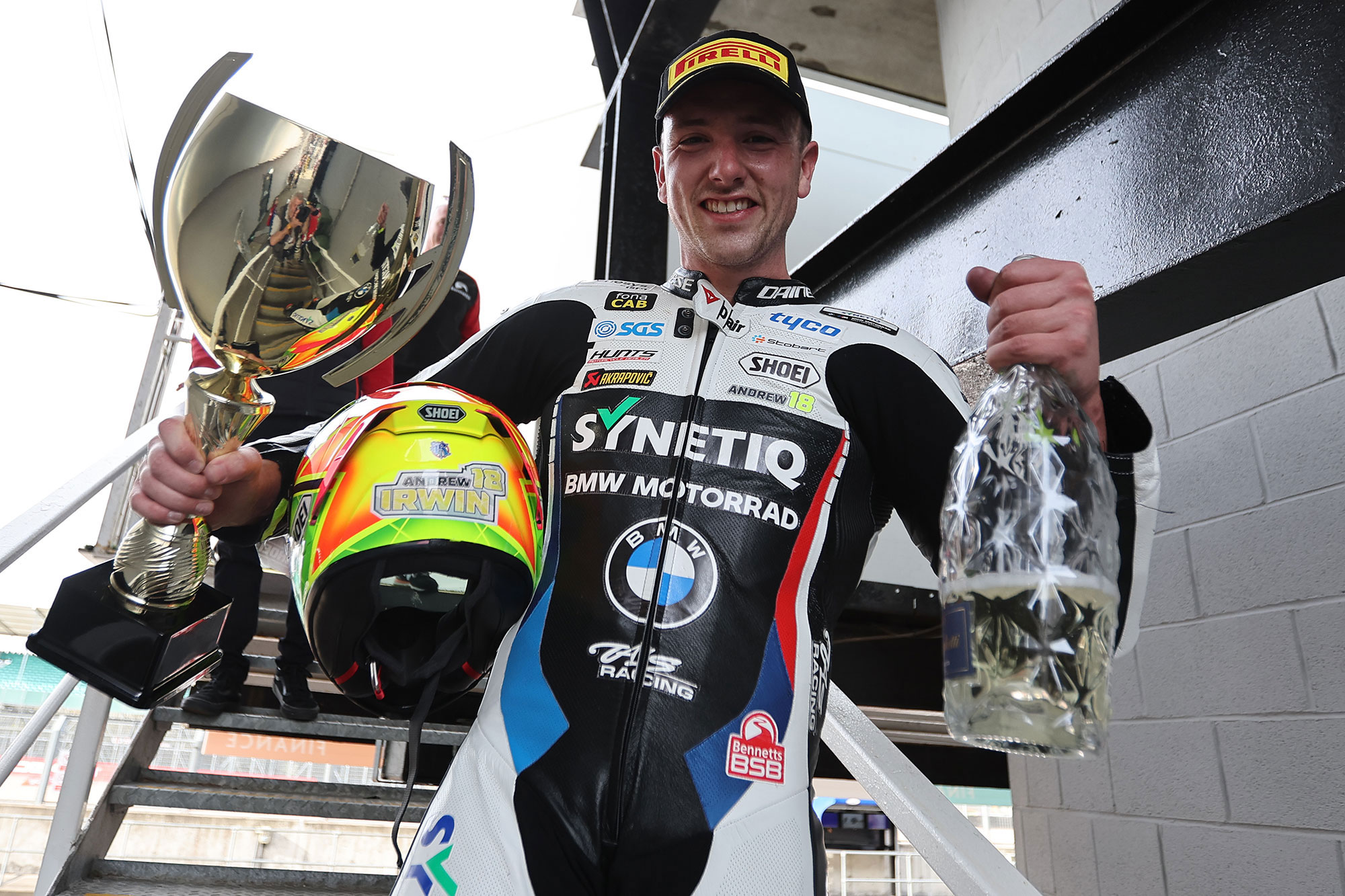 With just one podium at the opening round recorded so far this season, Irwin understands the importance of getting back to the sharp end and adding consistency from round five on, which at its conclusion, will signify the virtual mid-way point of the 2022 campaign with SYNETIQ BMW.

“We’ve been fast everywhere this season but not something that obviously reflects in the points we’ve scored,” he lamented, when overviewing the opening four rounds. “I’m not one to complain or look for excuses, but I had a hand injury and a few personal problems that if I’m honest… these were both affecting me.”

Continuing he explained: “I opted out of the Knockhill test to give my hand time to heal and also give myself some time away to re-charge the batteries. I went to the Isle of Man TT for the week with my fiancée Sian as my brother Glenn was racing there, and as much as I’d have preferred to be racing or testing, the break did me good both mentally and physically. I was refreshed and ready to get back at it,” he added candidly.

His return to action at Knockhill didn’t produce the results that he’d hoped for, but after valuable track time in Scotland, a brief test and a period to reflect and digest various set-up options with his crew, Andrew now feels Brands is the ideal place to get his season back on track. 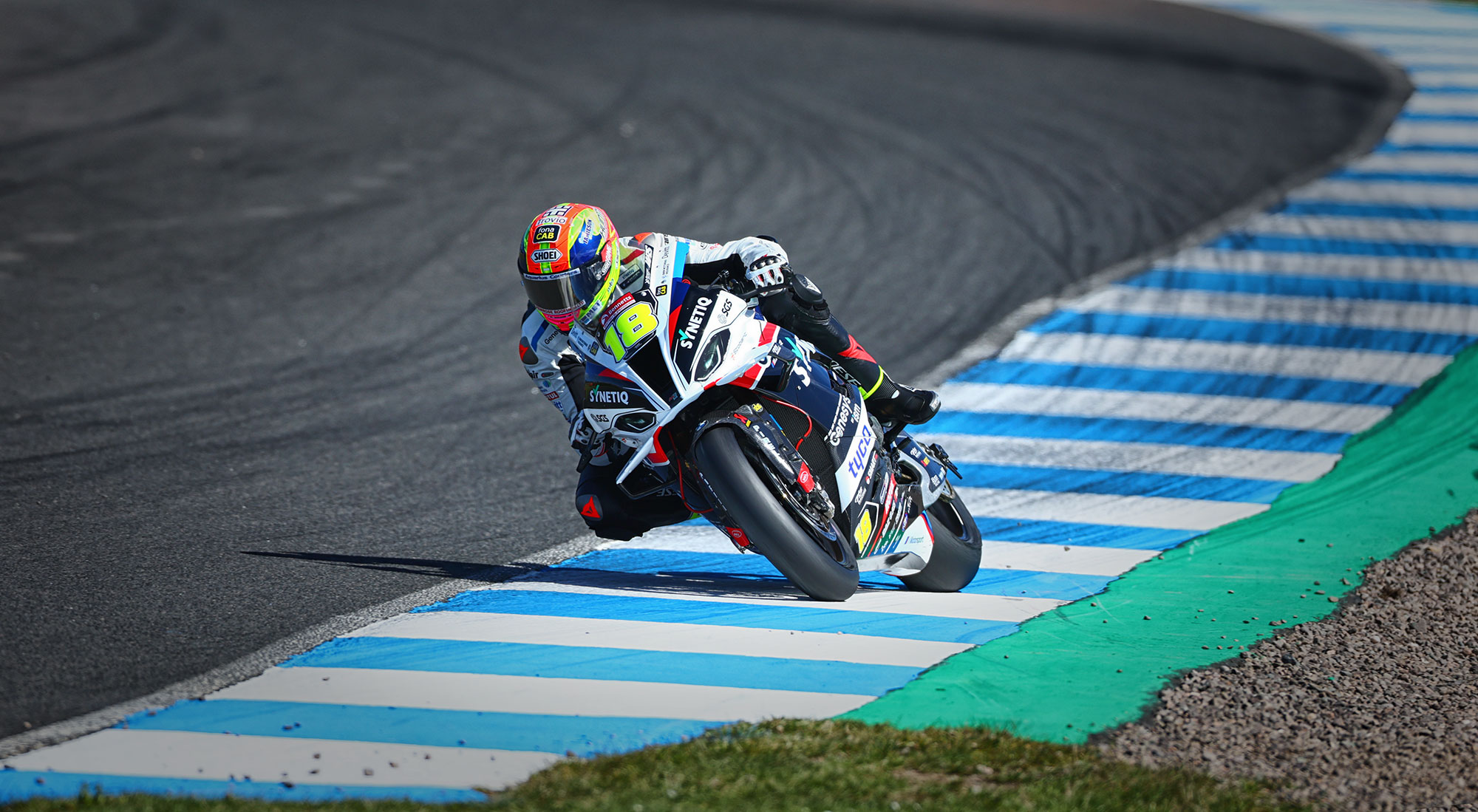 “BSB is a tough series. That’s not making excuses but there’s no margin for error and if you start the weekend on the back foot, it’s very hard to recover as everyone else is also building through free practice and qualifying. You end up playing catch-up and that’s where the frustration comes in,” he said.

“Certain tracks suit certain packages and while we need to be consist at all venues, it’s all about working with my crew to keep the bike in that ‘sweet spot window’ from track to track. For sure some weekends the podium fight is there to be had, but it’s accepting on other weekends, that we need to just pick up strong points in the championship. It’s not easy for any racer to accept on a given weekend that a podium finish is beyond them for whatever reason, but that’s what I need to learn to do,” he smiled.

In closing he concluded: “I’m really enjoying working with the TAS Racing guys again this year and riding the SYNETIQ BMW. The M1000RR package is certainly strong and has a lot of potential going forward. Just like the World Superbike guys, we just need to unlock it more often and more consistently and then everyone will be smiling.