Despite a fastest lap and a trio of fourth-placed finishes at Brands Hatch last season, SYNETIQ BMW mounted Danny Buchan is making no rash predictions ahead of the Bennetts British Superbike Championship round five at Brands Hatch this coming weekend.

Playing his cards close to his chest, despite finding some new direction with his TAS Racing prepared M 1000 RR, the affable Essex ace said, somewhat tight-lipped: “No I’m not going to make any big predictions for this weekend, as much as that’s not what people want to hear.”

Explaining himself, he added: “We went there [Brands] at the start of last year and had a really good round; then when we revisited it later in the season it was much harder. Of course we will remain optimistic, but we also need to be open minded.” 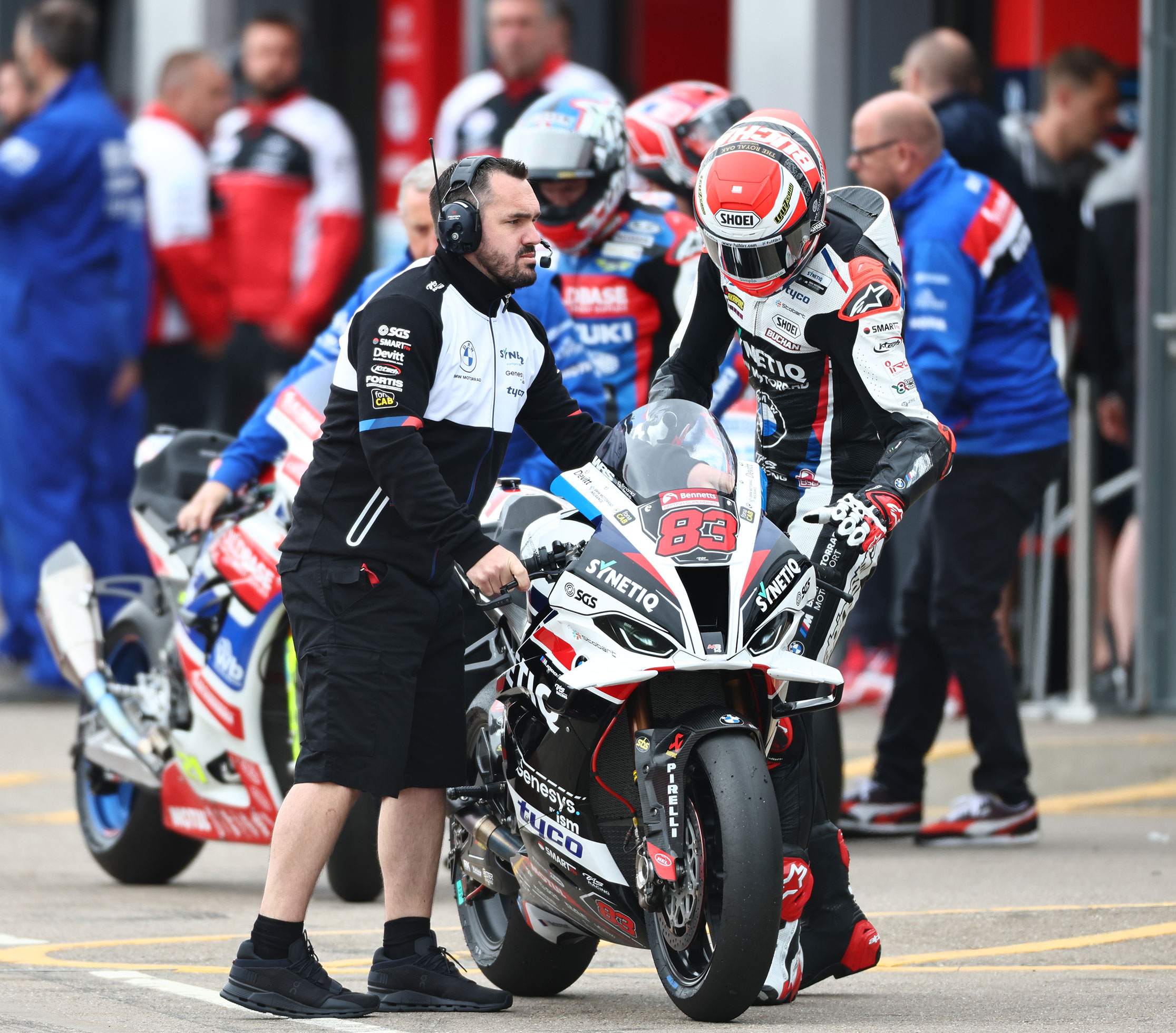 Consistency has been the key for Buchan this term having scored points in all twelve races to date, affording him a top eight championship position and the leading BMW in the series. But it’s podium bubbly he is after and a swift climb up the standings now that he has overcome early season health problems, with a recent test also adding to his positivity.

“We all need a little bit of luck, but as yet it hasn’t come our way. We were pretty strong in pre-season testing, so having to start from the bottom again when the season started at Silverstone in April has been a bitter pill to swallow. I was ill for a couple of those early rounds and that hindered me for sure. Thankfully I’m now back to full health and fitness and I believe we can start to show our potential now.”

Looking back, he added: “I’m a lot more satisfied with how things are going after Knockhill. Before that I have to admit, it had been a little disappointing, especially after we had such a strong end to last season with race wins and podiums. The expectation after that is always to do better and it just hasn’t come so easy, but that’s racing and you have to keep on going. Things have improved step-by-step as the season has progressed.”

Fourth place in the final race of three at Knockhill, has been the pick of the results for Buchan on the SYNETIQ BMW so far this season, but after some inner soul searching and also that within the set-up of his M 1000 RR – the normally happy-go-lucky 29-year-old is ready to re-ignite the podium burners during the second half of the season.

He said: “Not having had any podiums from the opening four meetings was frustrating for sure, but I do believe we are going to gain some momentum now after a lot of hard work from everyone in the team. Yeah it’s certainly time to bang in some podiums!”

Confidence is a major factor at the highest level in any sport and when a rider feels at one with his package, good things normally happen.

“A test recently was really good for us and we’ve found something with the bike. It’s something we did try last season, but with the tyre we had last year, I didn’t feel that it worked for me personally. We’ve revisited it again and it seems to have helped us make a step forward with the bike. So yeah… I’m looking forward to Brands Hatch and to keep moving forward now. The points situation hasn’t been great without podium finishes, but we have been consistent and that’s why I’m in the top eight. The goal now is to keep improving and climb much higher in the Championship table.”