Experienced road racer David Johnson will represent Tyco BMW at the Ulster GP in Northern Ireland next week, where ‘Davo’ will give the stunning Tyco BMW HP4 RACE its first taste of the roads at the 7.4-mile Dundrod circuit, dubbed  ‘the world’s fastest road race.’

The laid-back Adelaide ace is no stranger to BMW Motorrad machinery on both the International roads and short circuits, in 2015 he became the fastest Australian ever around the 37.73-mile Isle of Man TT course aboard the BMW S1000RR. The opportunity to race the impressive 215bhp carbon fibre Superbike at such an iconic event, is an exciting prospect for both Johnson and the TAS Racing team.

Speaking of the opportunity, Johnson said:
“I am very happy and excited to be riding for Tyco BMW at the Ulster Grand Prix. The Ulster is one of my favourite tracks so it’s great to have this opportunity with Tyco. The team knows what they’re doing and are proven winners around here, and with the HP4 RACE I’ll also have the machinery to challenge for sure.”

Team Manager, Philip Neill said:
“We’re obviously looking forward to working with David Johnson at this year’s Ulster Grand Prix, and it will be nice for the fans to get to see the HP4 RACE in Tyco BMW livery, lapping around the famous Dundrod Circuit.

It was a deal that came about at the eleventh hour to be truly honest, but we’re glad we can support the event, and in turn, represent our sponsors Tyco and BMW Motorrad in an official capacity. We know Davo’s pedigree as a rider and he’s obviously ridden BMW Motorrad machinery previously, so let’s enjoy it and see what we can achieve together at Tyco BMW next week.”

Speaking about the deal, Noel Johnston, Clerk of the Course at the MCE Ulster Grand Prix added that he too sees Johnson and Tyco as a natural pairing:
“There’s no question that Davo is a fast, fast rider, but he hasn’t always had the best of luck around Dundrod, so I’m really pleased to see him get this chance. He definitely has the pace to run at the sharp end on the big bikes, but now he also has the added support of the Tyco team behind him, I think it could make all the difference. They’ve been winning around here, for well over a decade, so you just couldn’t rule him out of a good result.” 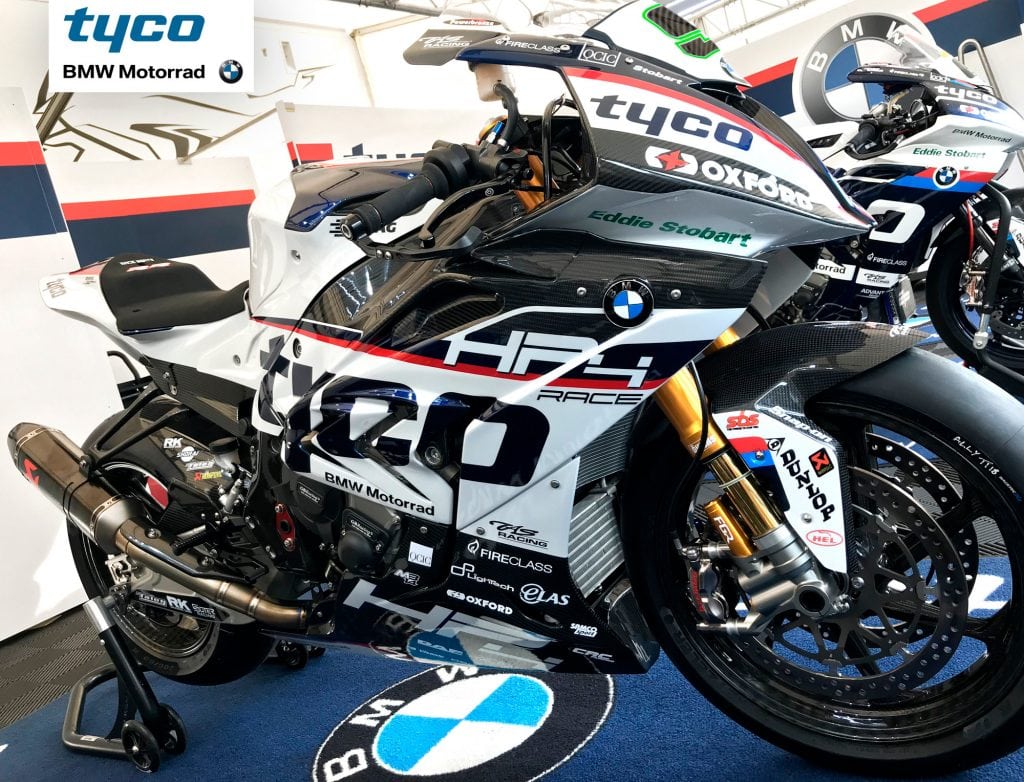 PODIUMS AND POINTS FOR TYCO BMW AT CHAMPIONSHIP MIDPOINT