Alastair Seeley extended his career win tally to 24 at the International North West 200 with a memorable victory in Saturday’s feature Superstock race aboard the Tyco BMW S 1000 RR, which in turn, raised TAS Racing’s top step record to 28 at the Northern Irish event.

Statistically it was Seeley’s eighth career Superstock win at the NW200, again showing the strength, and versatility, of the BMW Motorrad package in Tyco BMW trim.

Seeley’s ideal lap time of 4min 23.298sec aboard his S 1000 RR, was just 0.6sec shy of that aspirational perfect lap around the 8.9-mile North West 200 circuit, and almost a full second quicker than his rivals’ ideal time on the day – proving once again, that the combination of the Ulsterman aboard a Tyco BMW remains the strongest Superstock package at the international event.

His eventual margin of victory was just 0.1sec at the end of six pulsating laps and almost 54 miles of racing on the ultra-fast road racing circuit. Having led three of the opening five laps, the job was finally completed, after a master class of late braking and over-taking into the Juniper Hill chicane on the last lap, setting him up for the win.

Manxman Dan Kneen was also in contention throughout on his Tyco BMW S 1000 RR and actually led at the end of lap one. He was firmly lodged in the six-rider battle for podium honours, but a chicane over-shoot in the closing stages cost him that chance – eventually taking sixth place.

I struggled a little to get the package perfected this year for the North West, but the boys worked hard to get me comfortable and we’ve yet again proved that when it all comes together, Alastair Seeley on a Tyco BMW S 1000 RR is the strongest Superstock package at the event. I was aware that it would come down to the last chicane on the last lap, so on the laps before, I looked down the inside and outside to keep them all guessing; then on the last lap I made my mind up to use the outside line – a strategy that Philip Neill and I have discussed many times previously.

Honestly, there was no margin for error as we left it as late as possible, but I have a lot of faith in the Metzeler shod TAS Racing package and it was enough to get back in front and grab the win. It was a tough race, but a great way to finish the event and complete my 24th career win there. Thanks to Philip and Hector and the boys for a big effort. These wins don’t get any easier to complete, but I’m proud to say I’ve kept my record of at least one win at the event for the past eleven years intact. Hopefully I’ll be back next year for some more.

You can always count on the wee man to pull out a result like that when his back is to the wall. Any one of that leading group of six could have come out on top, and it was always going to come down to the penultimate chicane at Juniper on the last lap. Seeley executed the move to perfection and as clean as a whistle. He really is a little bit special around this place when he’s in the groove. Dan was doing a superb job at the front also in those early laps, and at one point we were almost, almost, dreaming of a 1-2 in the race. It wasn’t meant to be, but the lad has proved he has the ability and is hungry for international wins. This will set him up well for the TT in a couple of weeks’ time.”
Philip Neill – Team Manager 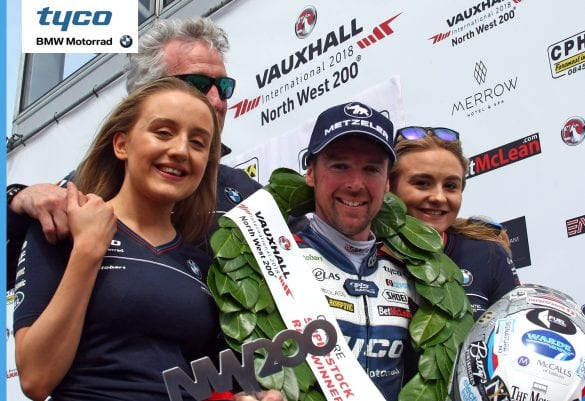 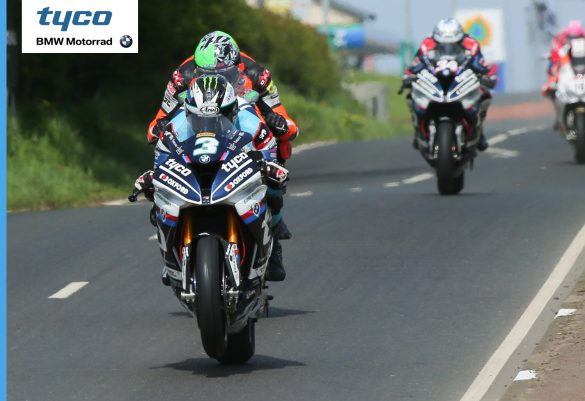 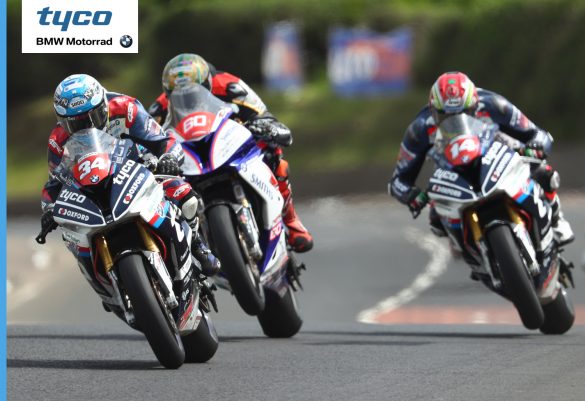