Michael Dunlop opened his international podium account with Tyco BMW at the North West 200 in the feature Superbike race, with an impressive second place aboard the team’s S 1000 RR.

Having signed for Hector and Philip Neill’s official BMW Motorrad team late in the day to ride their Superbike, the 15-time Isle of Man TT winner only had three short tests and a few laps at a national road race, to prepare for battle with a number of British Superbike Championship regulars on the north coast.

But tenacious as ever and despite early event set-up issues and a tyre problem on race day, the Ballymoney ace was able to record a best lap time of 4min 23.105 / 122.734mph, just 0.2sec down on the personal best of race winner Glenn Irwin aboard his regular British Championship factory ride. 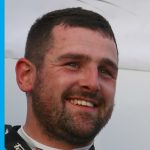 I hold my hand up, I think I could have been a lot closer to contest the win only for tyre problems. These issues forced me to run in deep a few times, which upsets the rhythm and ruins the lap and stopped me riding the Tyco BMW as hard as I know I can. My last lap was about ten seconds slower than my fastest lap, so I think that explains it without having to go into too much detail.

In saying that, for all the time we’ve been on the bike, I have to say I’m happy with the package and working with the TAS boys. Time was against us, but we knew that coming here. The TT is up next and if anything it’s given us valuable information for going there. Second place is not a win, but we will hopefully correct that pretty soon.

To come here with the amount of testing and set-up time that we had, I have to be honest and say it’s a great result and the end product is very encouraging. It has taken some time to get Michael comfortable on the bike, but we knew that would be the case as Michael’s style is a lot different to what we have been used to in the past. After a few niggly problems to start with, we have now found a set-up that he’s comfortable with, it’s just disappointing that other problems outside both our control hampered his chances of challenging for the win. Taking those circumstances into account, for me, the result was superb.
Philip Neill – Team Manager 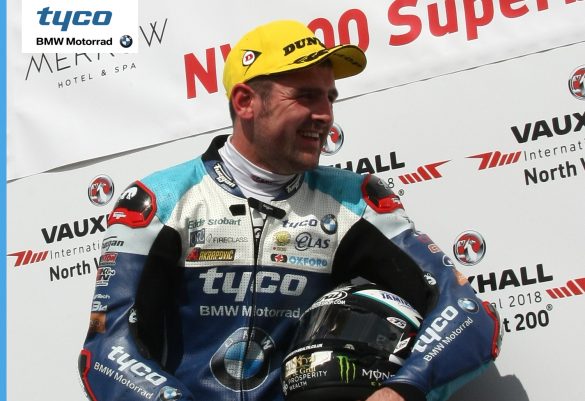 Team News: We are delighted to welcome @synetiqltd

Merry Christmas folks from everyone at TAS Racing

discount code: SUPERBIKE for 10% off any @recovapr

Great to have @apfleet Services back onboard for t

Grab a copy of @motorcyclenews featuring our all n