Michael Laverty and Tyco BMW returned to the podium today (Sunday) at the second round of the Bennetts British Superbike Championship at Brands Hatch, delivering a superb ride in difficult conditions at the Brands Hatch Indy circuit.  The Northern Irish rider had masterfully carved his way through the field from his P12 starting position on the grid for the 22 lap race that had been restarted due to rain in the opening part.

Christian Iddon also had a strong consistent weekend, which now moves him up to sixth within the overall championship standings just three points behind team-mate Laverty who now holds fifth place. 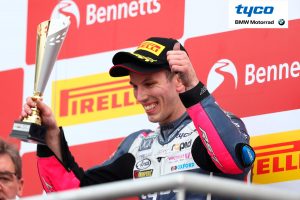 In the National Superstock 1000 class Keith Farmer continued to show excellent form, securing his fourth podium of the Championship in race one despite switching his bike into ‘rain mode’ mid-race and losing valuable time on the 1.2-mile circuit. Despite an early retirement on lap four of race two, the 31-year-old Irishman heads to Oulton Park sitting third in the Championship with 57 points.

Dan Kneen clocked up plenty of track time with consistent lap times all weekend, in an incredibly close weekend for the series at the unfamiliar short Kent circuit. The Manxman now looks forward to Tandragee 100 Road Races in Northern Ireland on 4th – 5th May 2018.

Philip Neill – Team Manager:  “The Brands Indy circuit can be tricky and it’s always difficult to be on the right side of a 1-2 10ths lap time difference but that was a positive weekend overall. It really is great to see Michael back on the podium and hopefully he will build on that result.

Christian has been competitive all weekend and probably deserved even better than 5th and 6th places however it was another solid weekend and that is exactly what we need at this point from a Championship perspective.

It was a shame to see Keith suffer a DNF after a rare Tyco BMW technical problem however it’s a long season and I’m certain we will bounce back. Dan gained more experience and although this weekend did not go quite as well as the opening round at Donington the racing track time will prove beneficial ahead of our road race campaign. Thanks as always to Tyco, BMW Motorrad and each of our associate partners for their support.”

Michael Laverty #7:  “I’m delighted to be back on the podium, full credit has the go to the team. In the short timeframe they managed to change numerous components to achieve a great wet set up for me. I was perhaps a little bit too cautious during the last 5 laps, otherwise I feel we should have taken the win today, I wanted to bring it home for solid points rather than ending up in the gravel and it was justified as we have moved up to 5th place in the Championship. We are moving in the right direction with the S1000RR every time we go on track, I’m excited for the season ahead. Thank you to the whole team and all our sponsors”

Christian Iddon #21:  “It’s been a fairly solid weekend, I had good pace and felt pretty good.  We didn’t place quite where we wanted to be in qualifying which made race one more difficult than it needed to be but we ended up fifth which is a strong finish.  In race two we had really good pace, I felt comfortable and was running in third until the rain got heavier. We didn’t have enough of a wet setting in the bike so I was a little weak on entry to corner and dropped back which is unfortunate, but we know what the small issue was so this isn’t a problem moving forward.  The team has really gelled well this weekend and we have come away from Brands in the top six, so now I’m excited to get to Oulton Park in two weeks time.”

Keith Farmer #33:  “This weekend has proved that we have good pace to run at the front after Saturday’s race, where despite me making a small mistake and putting the bike into rain mode we still managed to get a second place podium. Today we had made a few small changes and finished quickest in warm-up. I had a good feeling from my hand to the rear tyre with the throttle and knew I had a good bike under me so was confident going into race two.  After running in third for the first few laps we had a technical error which was frustrating, but that is sometimes how racing goes.  We know that we have good pace so all we need to do now is look forward and concentrate on Oulton. Big thanks to the whole team, the guys have done a mega job all weekend.”

Dan Kneen #41:  “I enjoyed the weekend at the Brands Indy circuit, but never got entirely comfortable with the setup and struggled to go that little bit quicker than I wanted, but was more good time on the bike before getting back to the road racing at Tandragee in 2 weeks time” 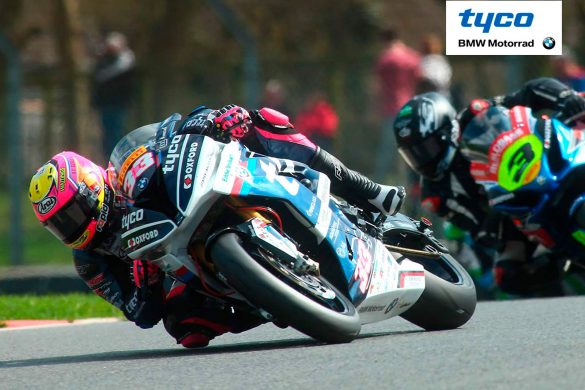 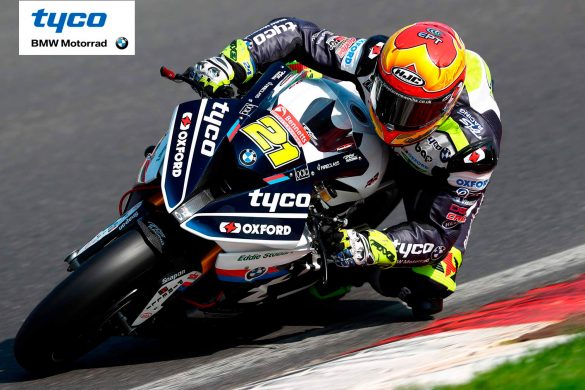 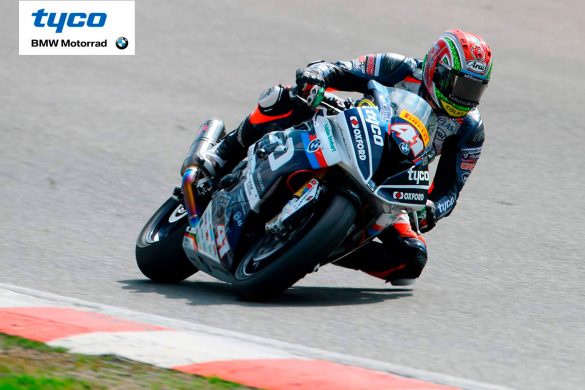