TAS Racing’s connection with BMW Motorrad has been further enhanced this season with three members of Charles Hurst Motorrad staff operating in various roles within the SYNETIQ BMW British Superbike Championship effort in 2021.

Between the trio, they have clocked up 24 years of spinning spanners, tweaking suspension, changing wheels and collecting trophies [and the odd bottle of podium champagne!] with the Moneymore based outfit. Very much a labour of love and enjoyment, as they explained.. 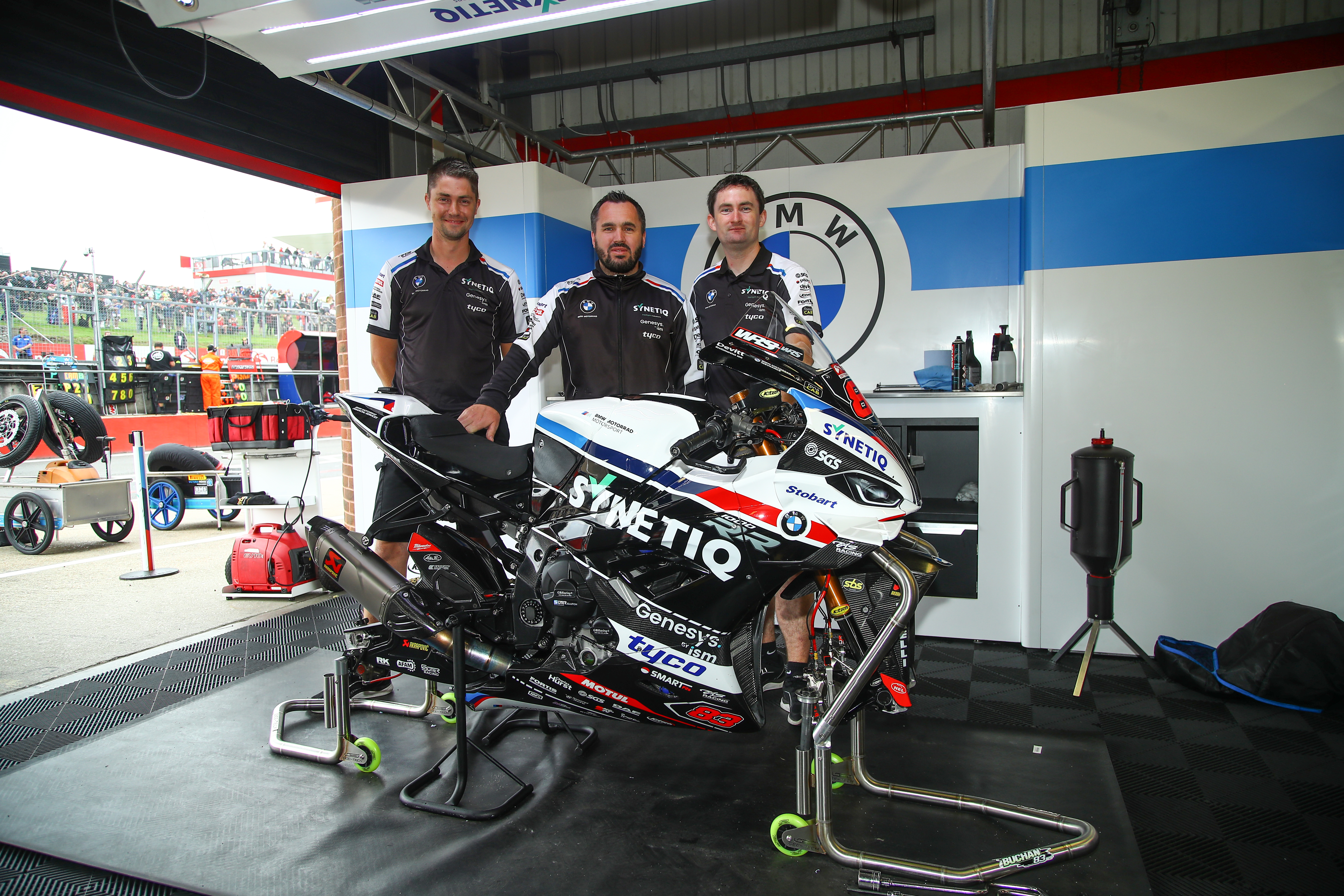 Phillip McLaughlin, himself a former two-wheel competitor on the World Enduro scene and with a wealth of technical and suspension know-how, is operating as crew chief to SYNETIQ BMW rider Danny Buchan – already a race winner this season on the all-new TAS Racing prepared SYNETIQ BMW Motorrad M 1000 RR.

Phil took on the role as Franchise After-sales Manager at Charles Hurst Motorrad in 2019 and has been operating in various guises with TAS Racing for over a decade on the racing scene, since he retired from full time competition himself.

“I’ve been around the TAS team since 2012, first of all in motocross and then from 2013 it’s pretty much been BSB and road racing. I’ve worked with some great riders over the years but I have to admit Danny is impressing me this season on the SYNETIQ BMW M 1000 RR,” explained McLaughlin.

Stuart Morrison, AKA ‘Boost’, has been around the racing paddocks for many years. He now shares his mechanical knowledge between his day job at Charles Hurst Motorrad and the SYNETIQ BMW team in the BSB paddock. Boost also works with Essex rider Buchan this season, under the guidance of his Charles Hurst Motorrad work colleague Phillip McLaughlin.

“Yes it certainly helps being around BMW machinery all week at Charles Hurst and although the pure-bred SYNETIQ BMW racing machine is a little different for sure, it’s still fundamentally a BMW and a pleasure to work on,” said Morrison.

Paul Conway is TAS Racing’s prodigal son, having cut his teeth with the Moneymore based team during his formative years on the Motocross scene, British championship and also International Road Racing, before heading off to earn his stripes in the world motocross arena for nine seasons.

When Paul returned home earlier this year, it was no surprise that TAS Racing team owner Philip Neill brought him back into the fold, finding a position for him in the SYNETIQ BMW race team. Paul has since joined Charles Hurst Motorrad in a full-time position, operating as a technician during the week at their Boucher Road site in Belfast.

“Working day-and-daily with the BMW product range that includes the S 1000 RR and the current model that we race in the M 1000 RR can only add strength to our team line-up,” explained team owner Philip Neill.

“Both Phil and Paul have worked together before at TAS Racing on both the motocross and tarmac side of the racing team, so they have a lot of experience between then. Boost is someone we have known for a long time in the racing paddock. He also brings a strong level of pedigree to the SYNETIQ BMW Motorrad team this season,” added Neill.

SYNETIQ BMW LOOK AHEAD TO SILVERSTONE AFTER ‘LUCKLESS’ WEEKEND AT SNETTERTON