SUPERSTOCK AMBITION AS REID BACK WITH TYCO BMW

TAS Racing is delighted to announce the return of Andy Reid into the Tyco BMW set-up, where the talented Ulsterman will campaign the all-new BMW Motorrad UK supported S1000RR in British Championship’s National 1000cc Superstock series this season.
Reid last rode for Tyco BMW in the British Superbike class in 2017, and after a handful of wins last year in the highly-charged National 1000cc Superstock series on alternative machinery, he is very much looking forward to being back in the familiar colours of TAS Racing and Tyco BMW. 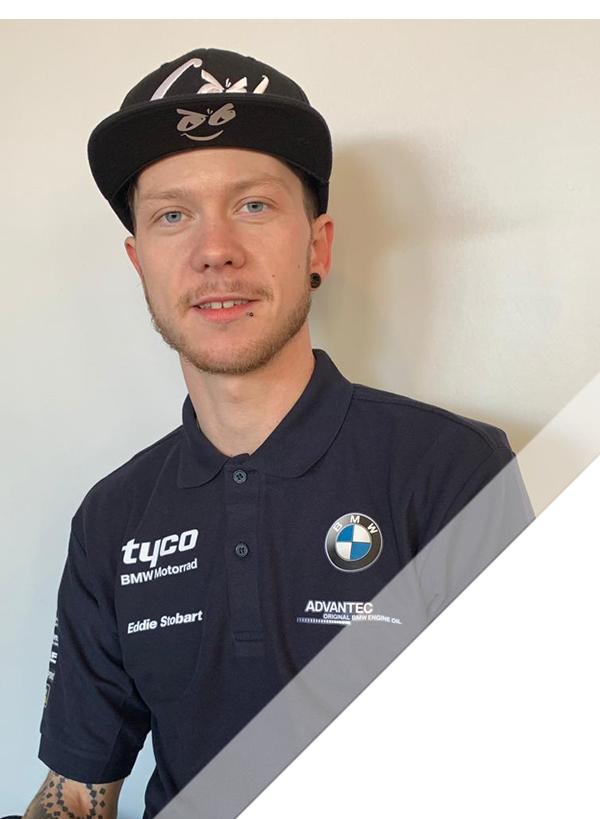 “I really am stoked to be back in the Tyco BMW team. I loved being here for a short period back in 2017 when a late call came to step up to the Superbike class. Last season I rode in the Superstock series with another set-up, and proved that I have the pace to run at the front and win races. On that basis and, getting to work with an experienced crew, who took Keith Farmer to the Superstock title last season on the BMW – I can’t wait to get started. The new S1000RR is a great looking piece of kit. As well as TAS Racing, Tyco and BMW Motorrad, I’d also like to take this opportunity to thank my personal sponsors Cool Milk and Xpress Coffee for their continued support this season.”

“There is no disputing the talent Andy possesses, and I firmly believe we are still to see the best of him. We worked together briefly in Superbike and although he was thrown in at the deep end, he made the best of the opportunity and had some impressive moments on the S1000RR Superbike. We are excited to debut the new Tyco BMW S1000RR and clearly the aim is to be consistent as we learn about the new machine and hopefully place ourselves in a position to fight for the Superstock title once again.”