As the Bennetts British Superbike Championship reached its finale at Brands Hatch this weekend, the Tyco BMW team finished the season in style as Christian Iddon posted a brace of fourth place finishes and a fifth.

The Stockport rider battled hard all weekend in a nail-biting triple-header, and was rightfully rewarded with a spot back on the top of the podium as he lifted the Riders’ Cup Championship trophy for the Tyco BMW team.

Taylor Mackenzie continued to impress the team all weekend showing his raw talent and mature approach, to deliver two tenth and an eleventh place finishes in his first race outing on the all-new S1000RR in his race debut with the team.

In the National Superstock 1000 class, Andy Reid returned from injury to finish the season with the Tyco BMW team, riding through the pain barrier, he managed to cross the line in 13th place. 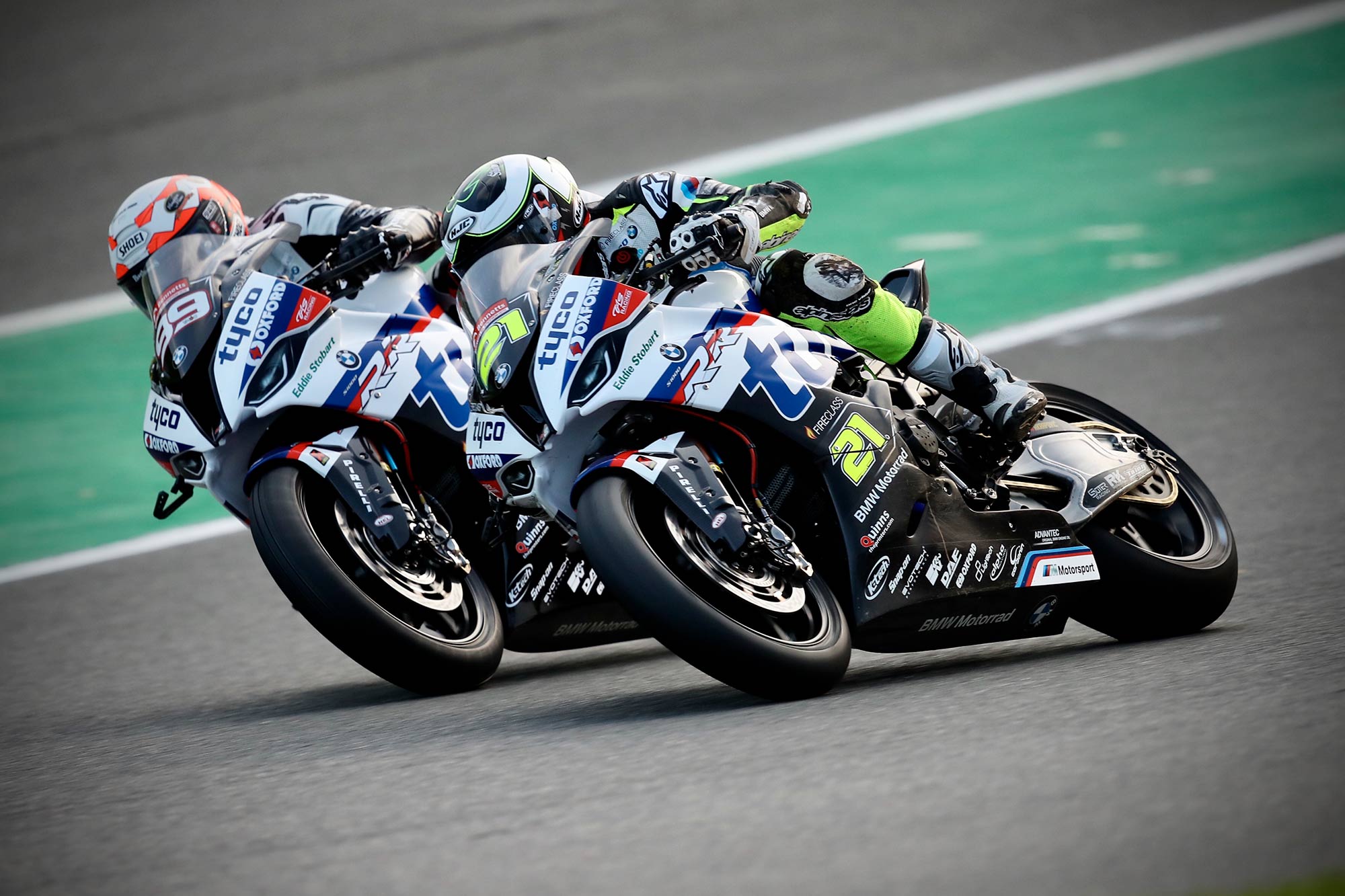 2019 has felt like a rollercoaster ride for Tyco BMW however Brands Hatch brought a very satisfying end to our BSB campaign. The late arrival of the all new S1000RR certainly brought some challenges as we pioneered the development for BSB specification, however we are starting to see the true potential of what really is a great package and we are extremely proud to see Christian secure the Riders’ Cup today after a very strong and consistent weekend’s results. Taylor also enjoyed a really solid weekend in his first ever Superbike race on the Tyco BMW. Andy Reid made a brave return to the race track today after a potential season ending injury and secured some points in the Superstock 1000 class.
Thanks to each of our riders for an enjoyable end to a challenging season for Tyco BMW and also to our long standing partners Tyco and BMW Motorrad for their continued support. Finally a special thanks to each and every member of our TAS Racing team for their incredible work ethic from workshop to garage, PR team and our ever welcoming hospitality unit – thank you.

To win the Riders’ Cup is a nice way to thank the team. I have been with Tyco BMW for four seasons now and although we haven’t achieved what we set out together to achieve, I really, really appreciate everything they have done for me and all the hard work and effort the team have put in. We have certainly pushed as hard as we can and I am just grateful to them for everything.

I’m really happy with the weekend I’ve had. It was quite difficult with such limited dry track time in such a competitive class, but we had three solid results. I need to say a big thank you to all of the Tyco BMW team for giving me such a good opportunity, I had a lot of fun.