It was a frustrating weekend for the Tyco BMW team at Thruxton, where unusual high track temperatures exaggerated tyre issues at the notoriously abrasive 2.256-mile Hampshire circuit.

In the Superstock 1000 class Keith Farmer increased his championship lead to 186, putting him 14 points ahead of his closest rival with four rounds remaining. Farmer had been focusing on tyre longevity throughout free practice and into qualifying rather than setting a single fast lap, however the sacrifice meant he would start on the fourth row of the grid for today’s race. The Clougher rider finished up in a respectable fifth adding another 11 points to his tally.

Despite having good race pace, once again lady luck was not on Michael Laverty’s side after fighting hard and making up ten places within the opening lap of race one, he was unfortunately collected by another rider in an incident that he had no chance of avoiding. Meanwhile teammate Christian Iddon crossed the line in 13th place.  The tables turned in race two as Michael Laverty finished in 13th place with Iddon falling victim to rapid tyre degradation during lap 15 and high-sided out of a potential top ten finish calling an end to his weekend’s racing.

With Keith leading the Superstock Championship, and both Christian and Michael still in the fight for a top six Showdown position, the whole team will regroup and look forward to the eighth round of the British Superbike Championship at Cadwell Park in a fortnight.

Thruxton can be a difficult circuit and although it has been good to us in the past this was a frustrating weekend to be honest. On a positive note Keith has increased his championship lead and there are better rounds ahead for him and the S1000RR SST machine. Our Superbike results today are certainly not what we had hoped for having won races and recorded podium finishes during the past few years. However we are still in the hunt and with some recent Cadwell testing under our belts we expect each of our riders to be fighting for top positions. Thanks as always to our partners Tyco and BMW Motorrad.
Philip Neill – Team Manager

It’s been a tough weekend, everything we tried didn’t seem to give me the feeling on the bike that I was after. It was mega to see the whole team come together and work hard to transform the bike over the weekend, but we just struggled to get rear grip with the new harder tyre. Obviously with sacrificing qualifying, we didn’t get the position we wanted on the grid for the race (P11). We got a good start, but with six laps to go I soon realised that the guys running at the front were not going to lose the grip as we expected with the softer tyre choice and we finished up in P5. Having said that, if fifth is one of our worse results then we will take that on the chin, we still managed to extend our championship lead. It’s all positive, we are still moving in the right direction in terms of points. We now head to Cadwell, where recently we had a good test and showed good pace so I’m really looking forward to that and hopefully get back on the top step!

We worked in the correct way this weekend focusing on tyre life over race distance. Following a strong morning warm up I felt confident for both races, unfortunately after a great first lap making up 10 positions I got taken down due to another rider’s error. Race two was as equally fustrating, from lap one I had no grip but managed to limp home to 13th. Having won at Thruxton on my last visit with Tyco BMW, it was an incredibly frustrating race day. I’m now looking forward to Cadwell park and the opportunity to close that showdown gap.
Michael Laverty – #7 British Superbike

Thruxton is always a bit of a curveball and we have seen that again this round.  The weekend went well until race day, our pace has never been in question but tyre life has always been difficult. We initially thought we would run the softer tyre option but it soon became clear that was not going to be possible so we opted to run with the harder tyre.  Over race distance the tyre wear was worse than we anticipated and I ended up 13th in race one which was very disappointing. We made some changes to the bike for race two and for 60% of the race we were running well but very suddenly the tyre dropped and I lost grip rapidly making corner entry a struggle, within a lap I had lost all pace and crashed.  It is very fustrating that we didn’t capitalise on showdown points given that our showdown rivals were out of race contention, but we now look forward to Cadwell Park.  I will work as hard as I can alongside the team to get the very best out of the package and focus on that showdown goal. 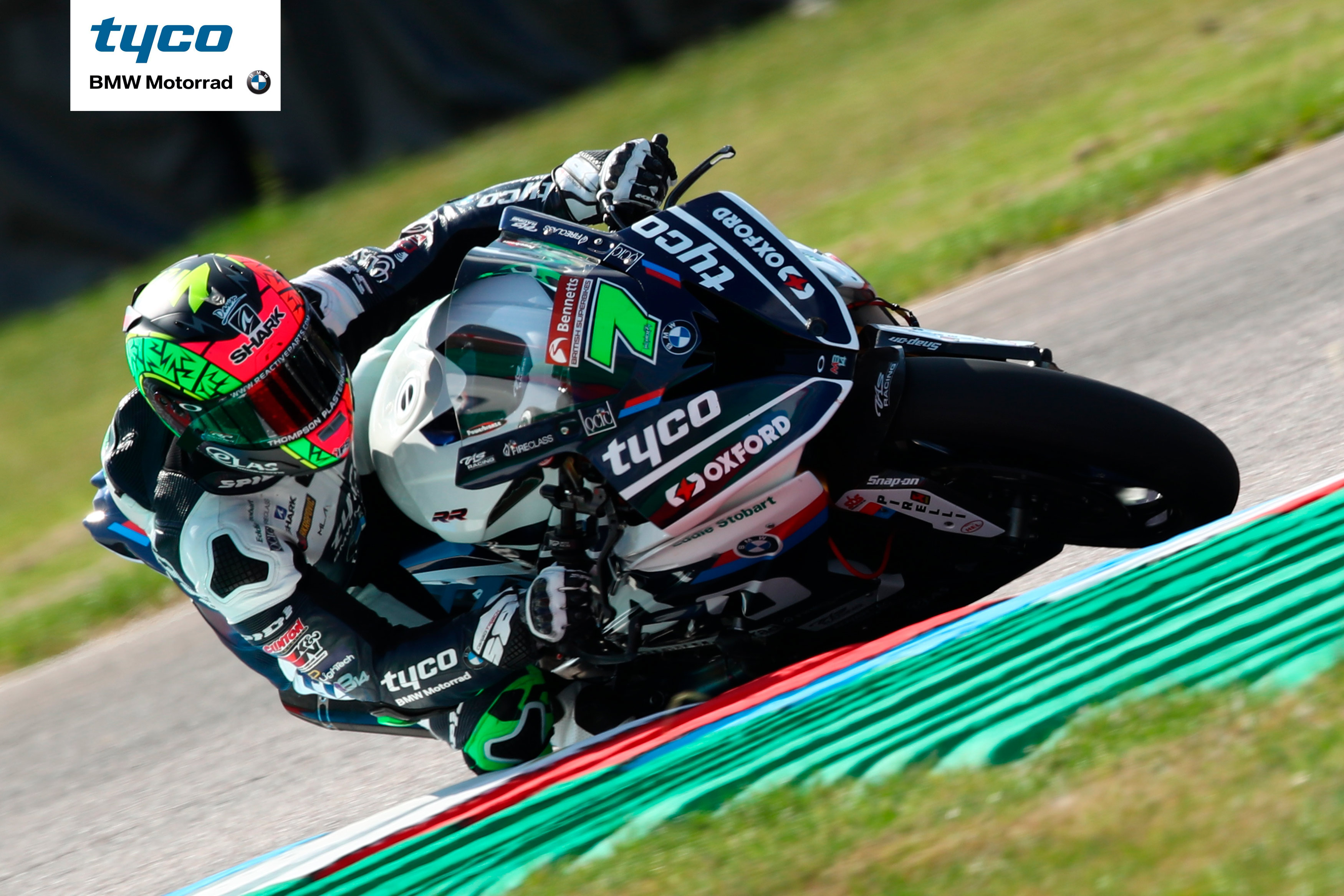 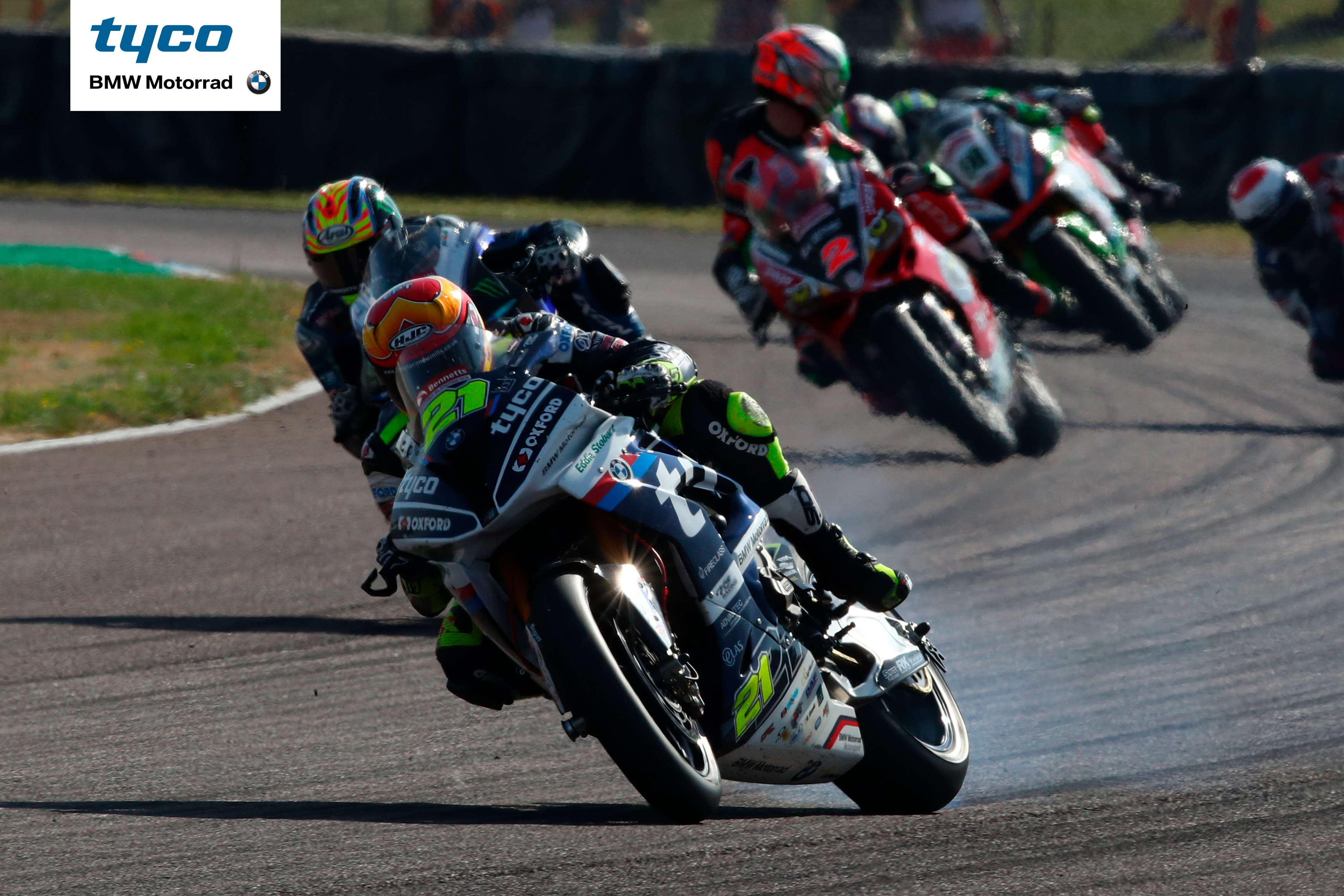