Michael Dunlop’s poignant TT Superbike race win on the opening day of this year’s event, which the Ballymoney man respectfully dedicated to his fallen team-mate Dan Kneen, will always be remembered as the highlight of TT2018 for TAS Racing and Tyco BMW.

Dunlop said afterwards: “It’s been a hard week for the boys and everyone in the team and I’d just like to thank Hector and Philip [Neill] and the whole team for keeping the wheels in motion. Dan was my team-mate and I’d like to dedicate this win to him.”

TAS Racing’s support of Dunlop on the Tyco BMW S 1000 RR Superbike assisted the record-breaking road racer, to increase his win tally at the end of this year’s Isle of Man TT to 18 career victories; now only bettered by John McGuinness [23] and his uncle Joey on 26. It also lifted the TAS Racing team’s win tally to 19 at the iconic and world-renowned event.

Such a consistent week for Dunlop, who took three wins from his four podiums and a fourth place in the Senior TT, also afforded him the honour of lifting the overall Joey Dunlop TT Solo Championship title as the highest points’ scorer of TT2018, edging his main rivals Peter Hickman and Dean Harrison into second and third place respectively.

But as team manager Philip Neill explained, it was an event tinged with much sadness, and an emotional rollercoaster for all involved in the TAS Racing camp.

“We have undoubtedly experienced the most extreme highs and lows during an emotionally draining TT,” he said. “For TAS Racing to extend our record as the most successful independent team in TT history with a 19th TT victory, and to play a part in assisting Michael Dunlop to become the third most successful TT rider ever, with 18 victories – is truly amazing, and something my Father and I never imagined, when we began our journey as partners in 2001.”

Looking back to that emotional 19th win on the opening day in the six-lap TT Superbike encounter, he simply said: “That was just meant to be. Michael dug deep and finished the job when the opportunity presented itself and we are all very proud that he did.”

The team then fully supported Michael’s MD Racing Superstock race effort just two days later, and only for traffic on the run across the mountain on the fourth and final lap, it may well have been another win for Dunlop and BMW’s S 1000 RR, as Neill recounted.

“Michael had our full support for his own private entry in the Superstock race, and it was almost enough to land another top step. Unfortunately, Michael’s chances were severely hindered by traffic on the final run across the mountain. But at least the top spot was lost to another BMW S 1000 RR, and fair play to Peter Hickman taking his debut TT win.” Dunlop finished second with a best lap of 133.874mph.

The week was finished off with fourth place in the Senior TT, which was disappointing for both team and rider. Some set-up changes, that appeared to deliver a positive step forward during a practice lap just 48 hours earlier, didn’t quite translate into a race winning improvement.

Neill said: “Unfortunately the changes we made, did not compliment the package enough to allow Michael to challenge for the victory. Quite simply he clearly had a few problems during the race. Michael had also been feeling unwell in the latter part of race week, and if we factor that in; and not being able to give him that comfortable feeling on the bike – we were happy to see Michael do the best job possible under the circumstances. Congratulations on a fantastic achievement to Peter Hickman and the Smiths’ Racing team on the win.” 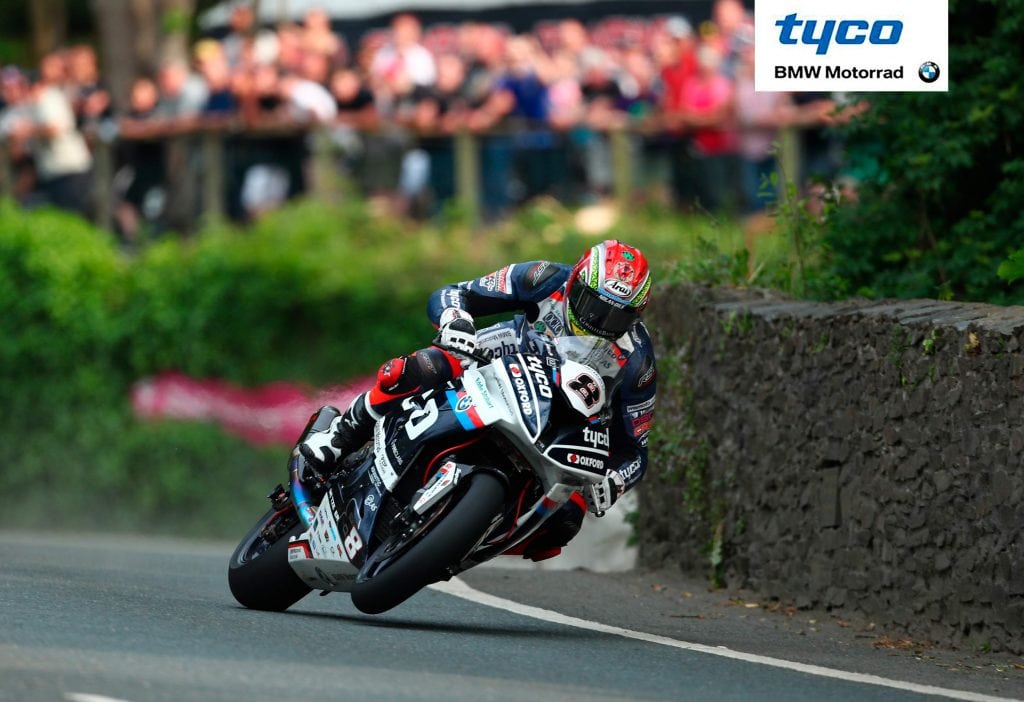 With everything considered our thoughts from TT2018 will remain with Dan Kneen and his family and friends. Thanks as always to our partners Tyco and BMW Motorrad, to our hard-working team members and to Michael for his efforts in very difficult circumstances. Finally to Dan: thanks for the memories big lad.