Tyco BMW returned to the Norfolk circuit with rookie Andy Reid and Christian Iddon following his crash at Knockhill a fortnight ago, and despite Iddon’s best efforts to ensure he was fit to race following surgery, a joint decision between the team and Christian was made to give healing a little more time in order to protect his championship position.  This paved the way for former National Superstock 1000 Champion Josh Elliott to step up and take his Superbike seat on the Tyco BMW S1000RR alongside the newest Tyco BMW member and former multiple British Supersport race winner Andy Reid.

Despite ‘Speedy Reidy’ having very little time on the Tyco BMW S1000RR and Josh having never turned a wheel on the Superbike, both made great progress during free practice shaving a second off each time through free practice sessions. Both young riders delivered respectable lap times in Sunday’s racing, with Josh scoring points in his maiden Superbike race, proving that with more track time fighting for point scoring is not out of the question for our newest member of the TAS Racing team Andy Reid.

Philip Neill – Team Manager: “Of course we are disappointed to lose Christian this weekend and we hope the additional healing time will allow him to return at Brands Hatch 100% fit. With two young Superbike rookies this weekend we were realistic in our expectations and it was encouraging to see their progress throughout the weekend with lap times improving in each session. For Andy this was his first British Championship event on a 1000cc machine and Josh’s first ever time on a Superbike without any pre-event testing. With everything considered both riders did a solid job and we now look forward to two weeks preparation time ahead of the next round at Brands”

Andy Reid:  “I’m really happy with how the weekend went, this was the first race weekend on the Superbike with little testing time.  The pace got better and better and lap times kept improving throughout sessions.  The boys were really patient with me and I’m really looking forward to getting back out on track at Brands Hatch on the Tyco BMW S1000RR and making more steps forward.”

Josh Elliott:  “I came to Snetterton expecting to ride the Superstock bike, then the team offered me a last minute opportunity to deputise for Christian on the Superbike.  I’m really happy how the weekend went and to come away having scored points on my debut is quite satisfying.  I am very thankful to the whole Tyco BMW team for all their help this weekend and for this opportunity.” 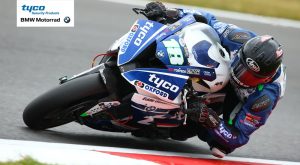 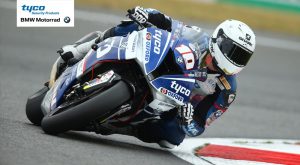