It was a solid result for Christian Iddon in the Superbike class at Cadwell Park this weekend after securing a pair of sixth place finishes and a further 20 points aboard the Tyco BMW S 1000 RR. Iddon is now only 15 points adrift of sixth place in the overall standings and with a triple-header scheduled for Silverstone in three weeks’ time, the Tyco BMW rider is in confident mood:

“Cadwell has been a fairly solid weekend, it’s never been one of my strongest circuits in the Superbike class despite really liking it. I’m content with two sixth place finishes considering it is a very strong track for two of my main showdown rivals, so to walk away with 20 points and narrowing that showdown gap is not too bad – but ‘not too bad’ is not going to cut it!  Moving forward we have a good set-up for Silverstone and the Tyco BMW works very well there so I’m looking forward to it, it’s a circuit I really enjoy.”

Michael Laverty fought hard in race two to secure a seventh place finish and add a further nine points to his championship tally. Race one proved to be a little frustrating for the Northern Irish rider and certainly results did not reflect the effort invested after he skilfully made up six places in the opening laps of the race at the 2.18-mile challenging circuit, but a run off track on lap 12 saw him fall back to his original grid position and he eventually crossed the line in 14th.

I’m satisfied following Cadwell, the results are not what we want of course but all things considered it was a positive weekend. We ran a strong pace in race two thanks to some good steps forward with the bike throughout race day. What we learned this weekend should see us starting stronger at Silverstone, a track that suits our package a lot better, I’m excited for the next round!

It was a dominant opening to the weekend for Keith Farmer in the National Superstock 1000 class, setting the fastest lap during qualifying and securing a pole position grid start for the race. The Clougher rider was leading the race during lap ten until a crash at the Gooseneck saw him out of the race.

“We had a mega start to the weekend with strong pace throughout the sessions, after securing pole position in qualifying I was feeling quietly confident that we would be strong in the race. We initially settled nicely into 4th at the start of the race, then after a few laps I made a move to the lead and push the pace. Unfortunately with only three laps to go I ran a little wide into the Gooseneck and as I turned into the left I clipped the kerb and lost the front, game over. Massive apologies to the team as I had a mega bike to do the job, but I’m focussed and really looking forward to Silverstone – there are plenty of races and plenty of points up for grabs still.”

Cadwell is a tricky circuit and at this point in the season there is much to gain or lose. In Superbike, Christian enjoyed a solid weekend and from row three two top six positions is a good performance. Michael was unlucky in race one from a difficult starting position and it was positive to see him fight for positions in both races. Keith has enjoyed a  strong run of form recently on the S 1000 RR and after fighting his way back into a controlling position in the Superstock championship it was frustrating for him to loose that advantage at this stage of the season. There is still a significant amount of racing in both championships and we expect to be challenging at the front for the remaining  rounds. 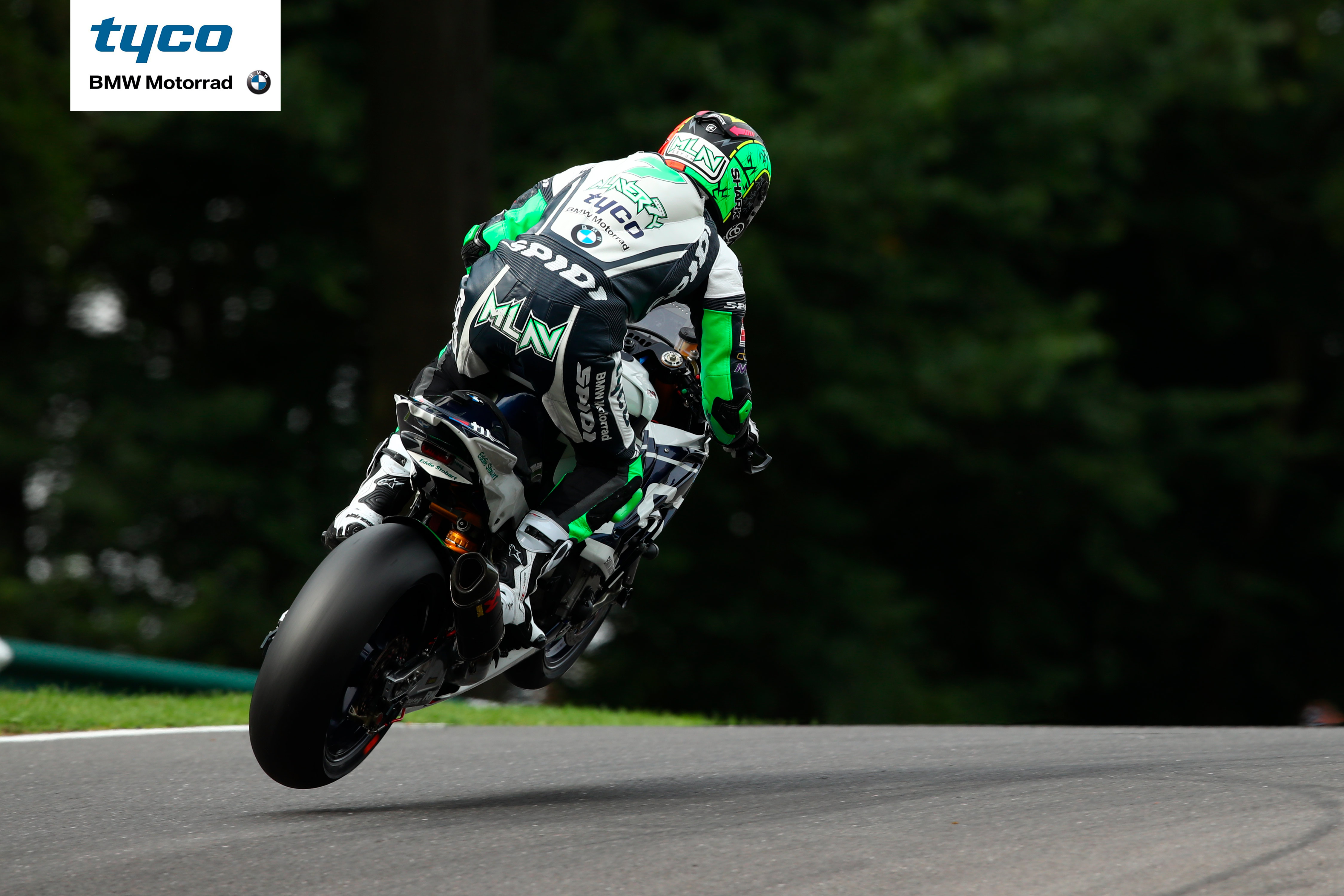 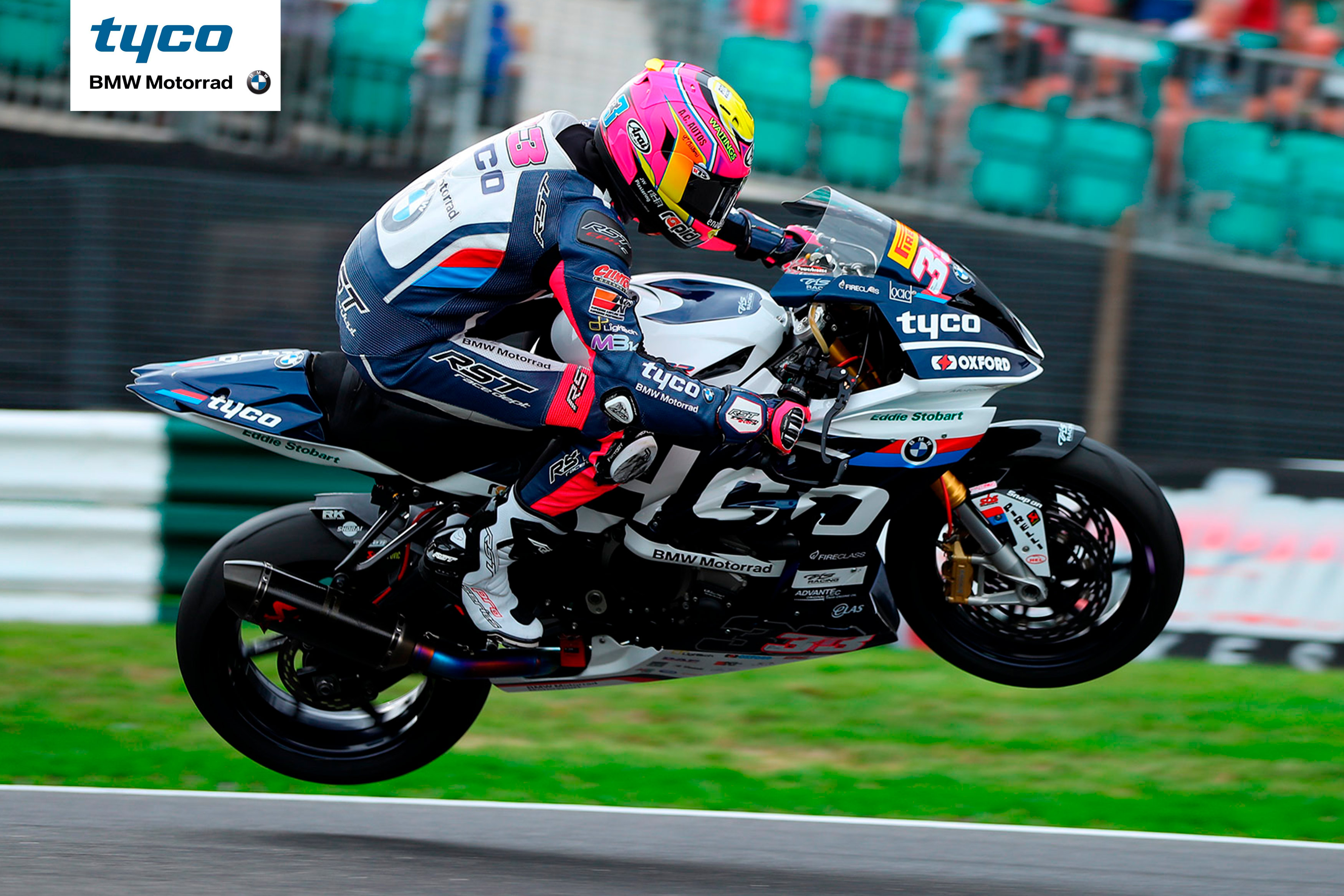 The Tyco BMW team are positive and are now looking forward to round nine – Silverstone’s triple-header 7-9th September.