Andrew Irwin recorded his debut podium of the season earlier today at Donington Park in the third and final Bennetts British Superbike race of the weekend aboard his SYNETIQ BMW M 1000 RR. His team-mate Danny Buchan missed the final race after suffering mild concussion following a crash in race two, and will also now miss next week’s round six action at Cadwell Park. Buchan remains fourth in the Championship standings after round five.

Irwin’s fifth place in qualifying was enough to signal that the Northern Irishman was getting back to somewhere near his best form and beginning to gel with the TAS Racing prepared M 1000 RR. Fifth and ninth placed finishes came in race one and two, but it was in the final outing in mixed conditions where Irwin would go on to score a well-deserved opening podium of the season with SYNETIQ BMW.

What a weekend. I don’t remember a BSB event with so much inconsistency in results across the field. Clearly our thoughts are with Danny tonight after he was ruled out with concussion following a nasty crash in race 2. This isn’t a disaster as his injuries could easily have been worse, although it is clearly a set back after Danny’s early season form and 4th place in the championship standings. On the other hand we are extremely happy to find a good direction with Andrew and to see him back on the podium where he belongs. We have a test now before the next round and intend to use this opportunity to further develop the new M 1000 RR for Andrew at Cadwell. We will then look forward to welcoming Danny back at Snetterton.

Fair play to the team they have worked hard to get me more comfortable and we’ve made a massive step here this weekend. I’m obviously happy to have grabbed my first podium and while the results haven’t been what I expected so far this season, I go to Cadwell now in a good frame of mind and we will try to keep building on this. The main thing is to be competitive and there’s a better Andrew Irwin to come. Thanks to the whole team for sticking by me and I look forward to having Danny back on the other side of the SYNETIQ BMW garage at Snetterton fit and ready to race.
ANDREW IRWIN #18 BRITISH SUPERBIKE RIDER

It just wasn’t my weekend and I’m feeling a little second hand but we will be back at Snetterton to get this Showdown effort back on track. I’m still in fourth place in the standings despite a difficult weekend at Donington but congratulations to Andrew on his podium. Thanks to everyone for their messages and I’ll be counting down the days to get back into my SYNETIQ BMW leathers at Snetterton. 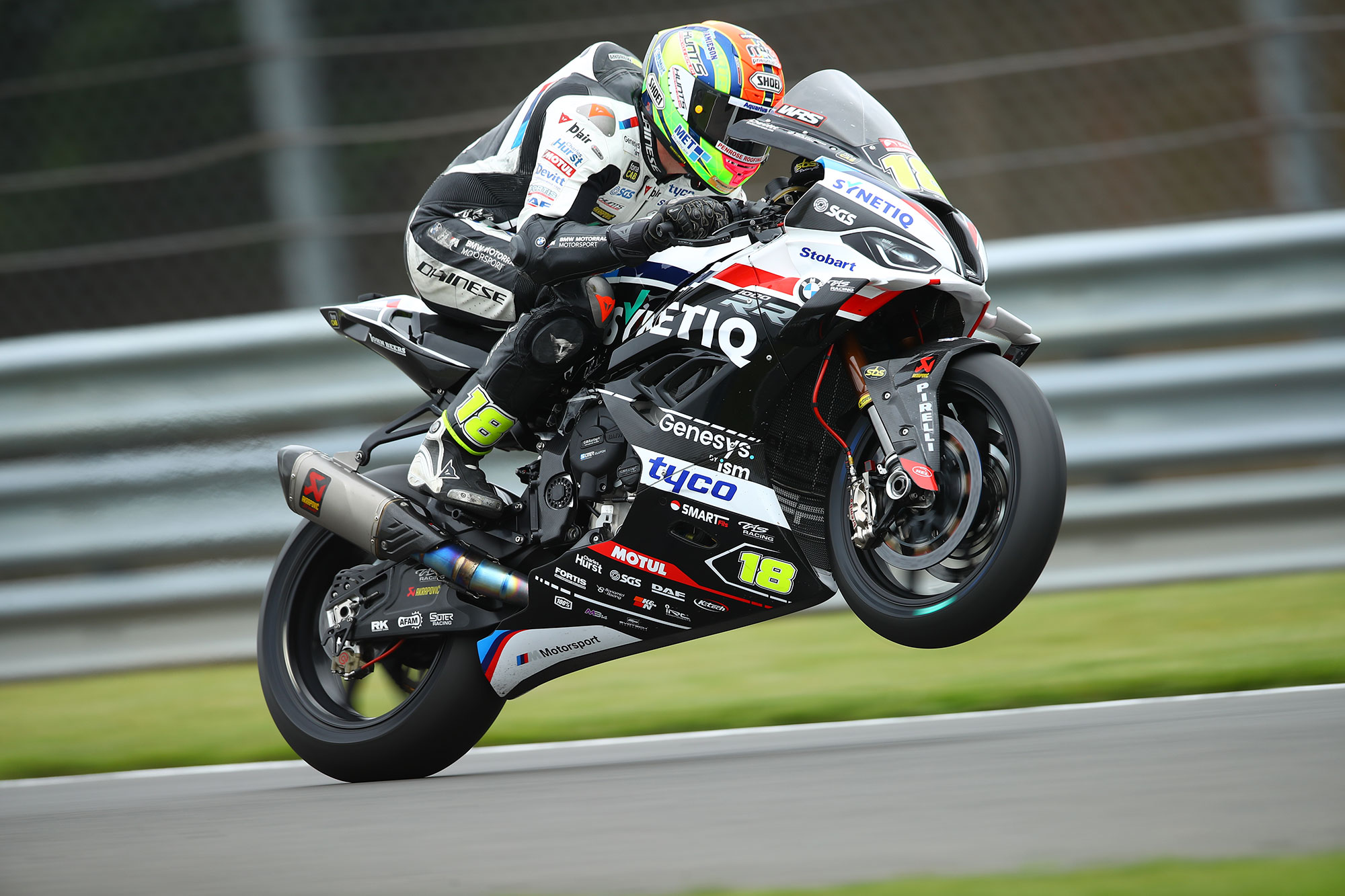