His double top step feat is a Superbike first for the all-new BMW M 1000 RR and in doing so, Buchan moves into third place in the overall BSB standings, just 20 points off the series lead. His team-mate Andrew Irwin made a number of set-up changes during the Knockhill event, and while not yet as comfortable as Buchan, he did make significant progress, scoring points in all three races.

It’s been a long wait and not without effort but winning again does feel really sweet. Especially at Knockhill where we have not enjoyed the best of luck in recent years. To be fair, BMW Motorrad has shown a lot of faith in TAS Racing and with our title sponsor SYNETIQ being relatively new to the racing scene, we knew we had to win races this year. Absolutely no excuses.

The new BMW M 1000 RR has already shown great potential in BSB and in WSB and we fully believed the package was capable of running at the front. However, being perfectly honest, Danny made the difference today, he was simply superb. Andrew has not enjoyed the early season so much, but we believe we have found a direction for him even though it didn’t show in our results today. He is a quality rider and I have no doubt he will challenge for podiums when we find the sweet spot for him and his M 1000 RR.

Thanks to all our partners for what we can only describe as a dream weekend for TAS Racing and SYNETIQ BMW.
.

Well where do we start? What a weekend, three races and three podiums and of course those two wins today. I’m over the moon, so massive credit to the SYNETIQ BMW team as they really did put together a fantastic package with the MRR. It made my day a whole lot easier. To win two British Superbike races so early in the life of the M 1000 RR, which is a new package and in amongst such stiff competition, shows just how good this new BMW really is. Let’s dig deep and keep building on this, but for now I’m going to enjoy the moment.

It definitely doesn’t look like it was my best weekend, but it was a step forward from Oulton Park for sure. It’s a matter of just trying to keep on building on that and look forward to Brands now. Well done to Danny. He did an awesome job this weekend on the SYNETIQ BMW M 1000 RR, showing it’s true potential and what it really can do, so hopefully it will not be too long before I can be close to where he is. 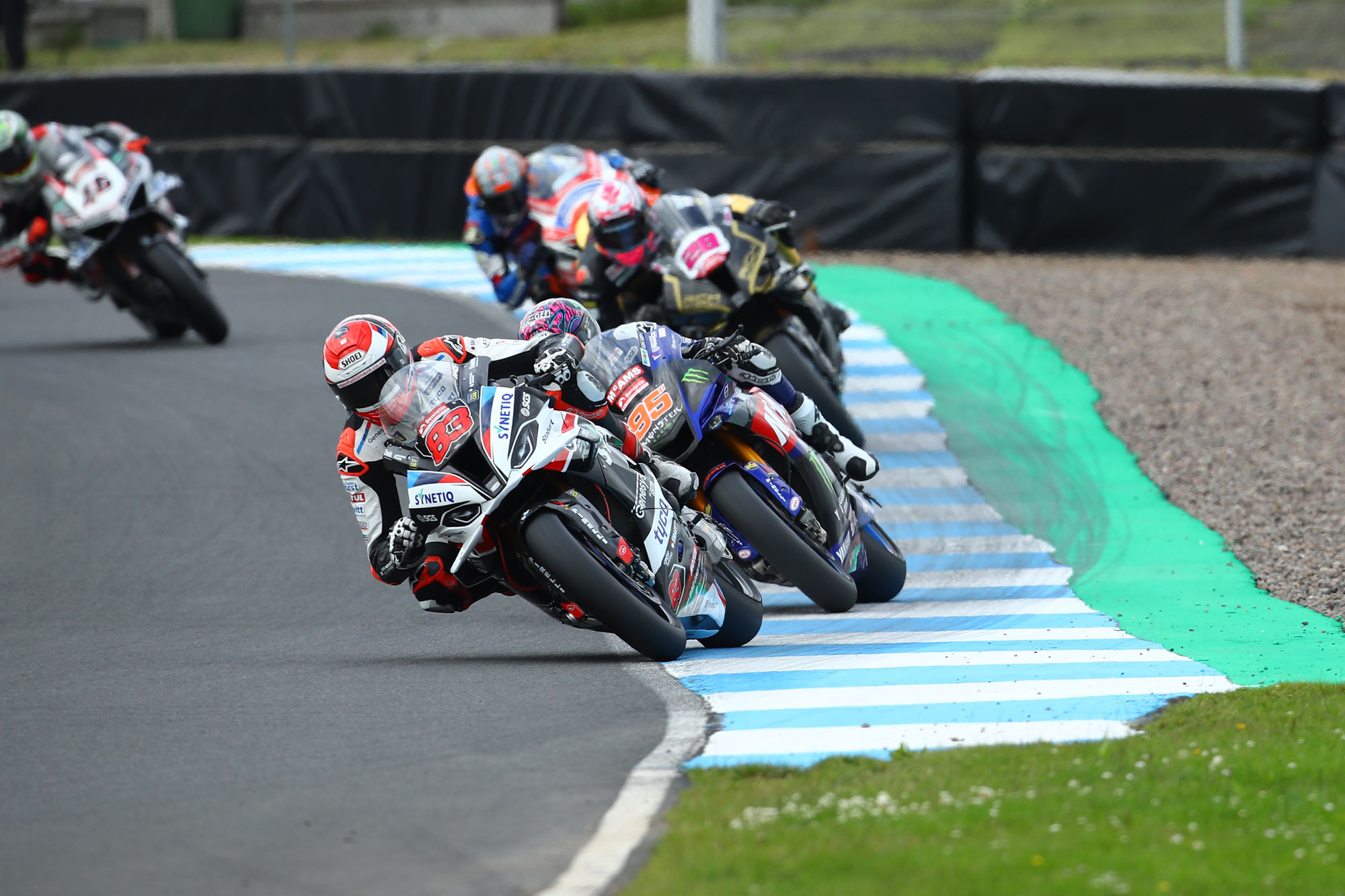