SYNETIQ BMW rider Danny Buchan holds sixth place in the Bennetts British Superbike Championship standings after round one of the 2021 series at Oulton Park in Cheshire over the weekend. A fourth placed finish from the three races, was the pick of the results for the Essex lad on Saturday and Sunday aboard the TAS Racing prepared BMW M 1000 RR.

His team-mate Andrew Irwin started the weekend on a positive note on Friday, but the return from the Ulsterman’s efforts was not reflected in his results from Oulton’s three races, where a solitary point was recorded in between two non-finishes aboard the SYNETIQ BMW M 1000 RR.

It’s fair to say Oulton Park did not deliver a perfect start to our 2021 BSB season with various problems for each of our riders. With everything considered however, we did see some positives and the potential of the M 1000 RR was clear to see throughout the weekend. Danny showed tremendous pace at times and although there were some challenges, we can be reasonably satisfied to end the weekend inside the top six points’ positions. Andrew’s run of bad luck continued after a great start in Friday’s first session. We already know what Andrew is capable of and with the M 1000 RR showing its capabilities we look forward to building some momentum ahead of Knockhill.

I’m quite pleased with today’s results, but also a little frustrated in the same breath, as I know there’s so much more in there to unlock, but we must be patient. We did show good pace at times over the weekend and also fought and held off some of the main title contenders at Oulton, so that’s worth noting. It’s only round one and as I say, there’s so much more to come on the M 1000 RR, which is exciting. Knockhill is another circuit that I enjoy riding, so let’s go there and make the next step in the process and get the SYNETIQ BMW up at the sharp end.

It’s wasn’t the debut with SYNETIQ BMW that I was after. It was one of those weekends in racing that we can all have at times. It is no one’s fault, we all gave it 100 percent, but the weekend just didn’t come together. To come away with just one point is disappointing, but I’ll be back in the gym Tuesday morning, re-group and come back at Knockhill stronger and in a better frame of mind. Thanks to the team and everyone for their help. I’ll turn this around. 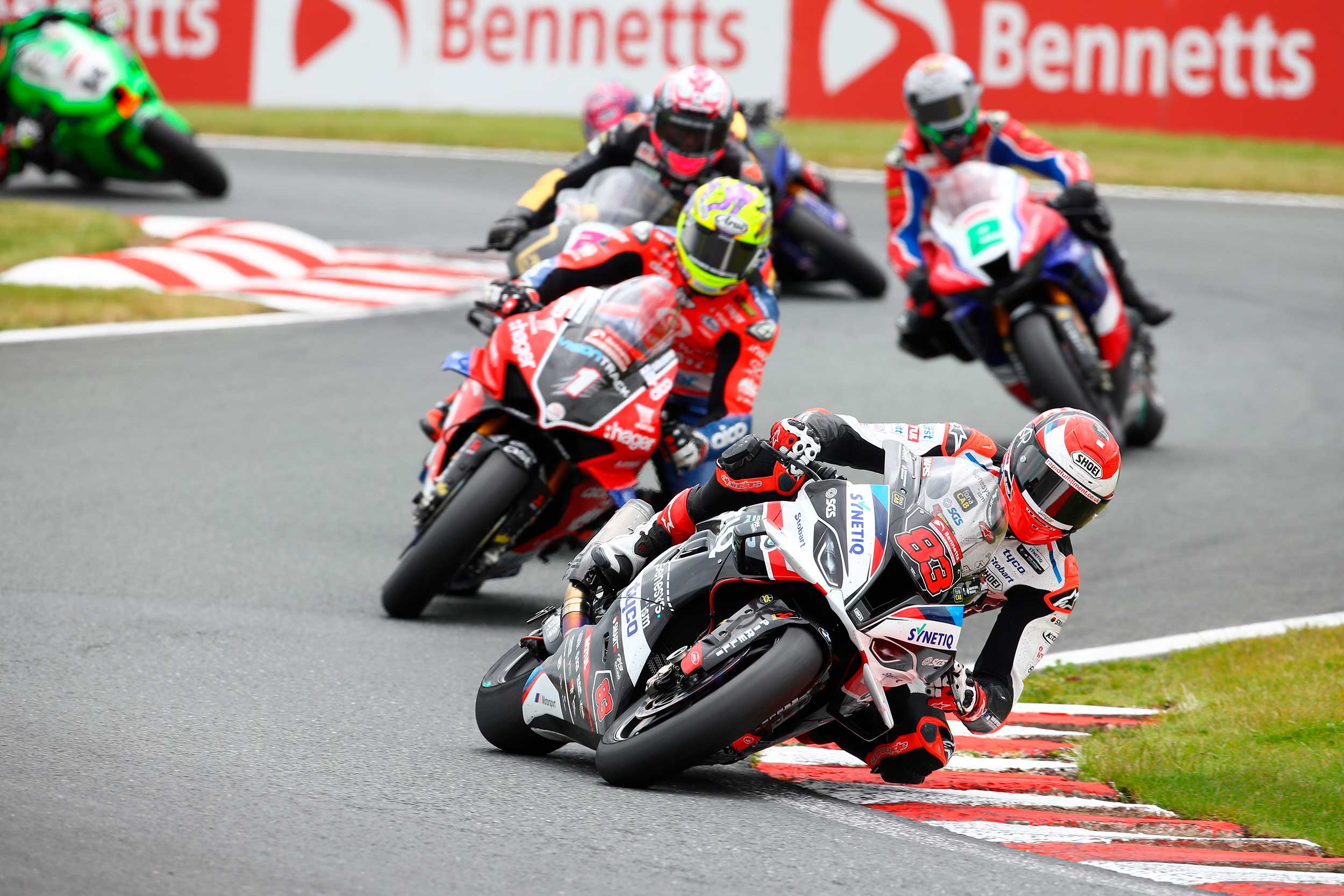