Following a steady start in the first two laps of the 37.73 Mountain course, Dunlop had a tough task ahead to claw back a 16-second deficit. However, after a slick performance by the Tyco BMW team in the first of two seamless pit stops, the 29-year old went on to show a blistering pace and narrowed the gap to 4.642secs at half race distance.  With Dunlop charging hard and in strong contention for the win, a retirement for race-leader Dean Harrison on lap four gave Dunlop the lead and he eventually crossed the line with a huge 51-second advantage.

After joining the Tyco BMW team late in the year and with limited testing time, the Ballymoney-man and the whole team have worked tirelessly to create a winning package for the roads, reuniting the Tyco BMW S 1000 RR with the top step of the TT Superbike podium for a second consecutive year.

I wanted to do something in Dan’s memory, that win is for his family, it’s hard to celebrate this win – it’s been a hard week.

I struggled at the start and it took me time to settle. I had a bit of a problem with the rear end but I got my rhythm going and the Tyco BMW team have done a great job.  The bike hasn’t missed a beat.
Michael Dunlop

As Michael has already mentioned this has been a very emotional week for everyone involved, the loss of Dan is heartbreaking. The best thing we could do today was help Michael put the Tyco BMW on the top step of the podium in dedication to Dan. The race certainly wasn’t easy, fair play to Dean, he set a blistering pace during the early laps. Michael is a stubborn character however and from lap three he started to claw his way back into contention. Total respect to our crew in delivering the fastest ever pit stop and to Michael for his commitment. Finally a huge thank you to all our partners for their support this week and to all those who have delivered messages of support. I know Michael had a smile on his face when reading his pit board on the final lap delivered by Dan’s partner Leanne with a tribute 55 alongside the P1. 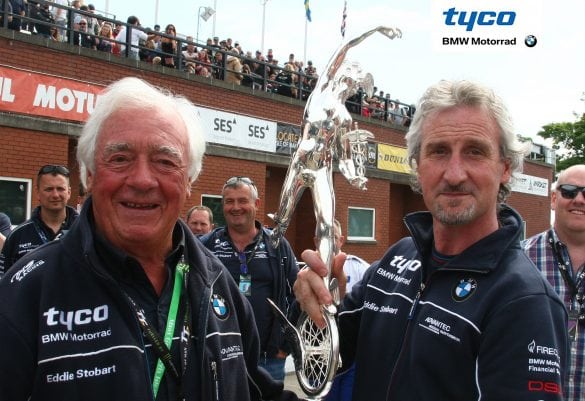 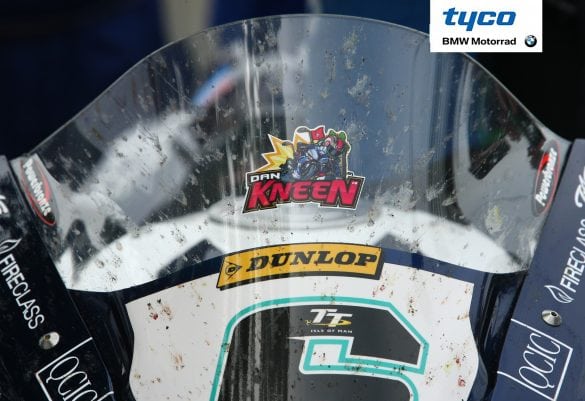