Tyco BMW returned to action for the third round of the Bennetts British Superbike Championship at Oulton Park this weekend.  In the National Superstock 1000 class Keith Farmer secured a well-earned race victory aboard the TAS Racing-prepared BMW S 1000 RR despite nursing a wrist injury sustained during testing earlier in the month.  Following a rare unfortunate start from pole position, the Northern Irish rider dropped back to fifth before skillfully fighting his way through the pack in blistering conditions to take the race win alongside a valuable 25 points, elevating him to second within the overall Championship standings and just 11 points shy of the current leader. 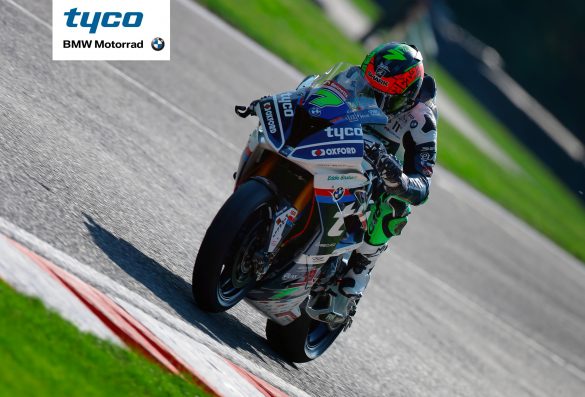 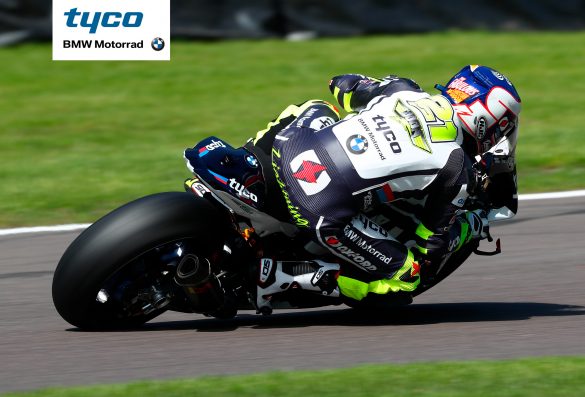 In the Superbike Class, Christian Iddon, suffered an innocuous crash during free practice two resulting in a fractured hand.  Despite his best efforts, following expert medical advice, the Stockport rider was declared unfit to race for the remainder of the weekend leaving Michael Laverty the sole Superbike rider for the Northern Irish team.

After a disappointing qualifying and an early crash in an incident-packed race one, the Toomebridge rider was left with a difficult task ahead for race two, however Michael wasted no time in making up ground and crossed the line 14 places ahead of his P27 grid start. Undeterred by the challenging weekend Michael and Christian now sit 9th and 10th in the overall championship standings and are focused and looking forward to the fourth round of the championship at Snetterton in just over five weeks’ time.

It was a fantastic result for Keith today in the Superstock race especially whilst carrying an injury. He really has gelled with the BMW S 1000 RR and we are excited to see what he can achieve during the remainder of the series. Not our best ever weekend in superbike unfortunately. It was such a shame to see Christian pick up an injury although he now has five weeks to recover and we expect him to come back strong at Snetterton. Michael had a really tough weekend, however we are confident he has better rounds ahead and we look forward to seeing him fighting for podiums again soon on the Tyco BMW.

It was great to get pole position in qualifying but after a small mistake on the start we dropped back a bit, but I had a good pace and was enjoying riding the bike. I managed to get to the front and take our first race win of the season, hopefully we can fire off more wins. I’m really looking forward to the Snetterton test and round four. A massive thank you to the whole Tyco BMW team, from the mechanics to the hospitality – I’m mega happy with the whole weekend.