Josh Elliott took second place, a fastest lap, and a well-earned podium finish for Tyco BMW earlier today in the National 1000cc Superstock class at Silverstone, but there was no such luck for his BSB team-mates.

Andy Reid suffered a fractured femur after an incident in today’s opening British Superbike race, with Christian Iddon disappointingly missing out on a top six Showdown position, when he crashed out of second place in today’s third and final BSB race of the weekend in treacherous conditions.

Iddon took sixth and seventh placed finishes in the opening two races of the Silverstone triple-header and despite his third race no-score, he did take the fastest lap of the race. 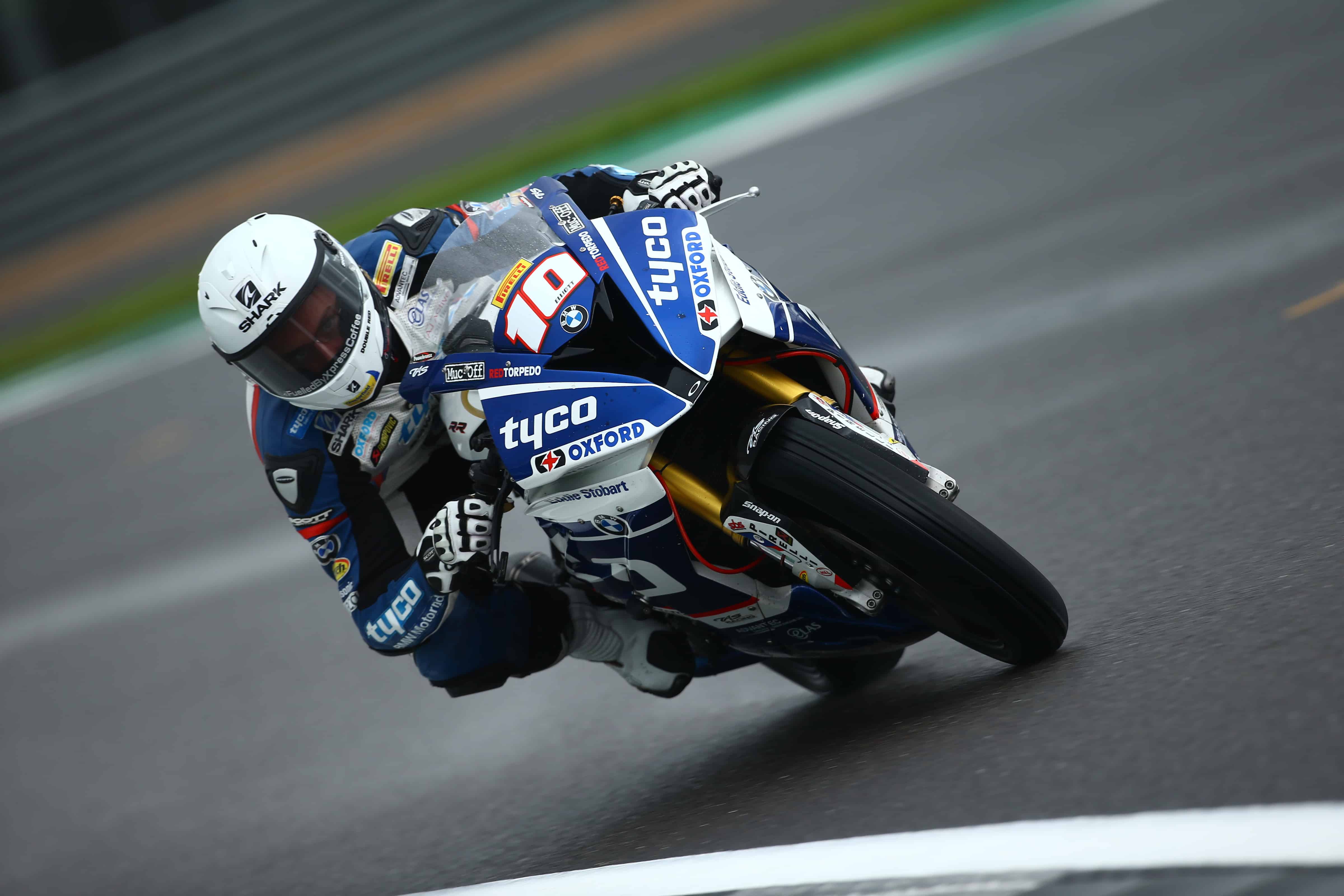 Josh Elliott:
“I’m absolutely delighted to get my first podium this season. After being off a bike for so long this year, it’s nice to show what I’m capable of doing. I have to thank Philip Neill for giving me this opportunity and my crew at Tyco BMW for working with me all weekend to improve the bike.”

Christian Iddon:
“Obviously I’m gutted we are not in the Showdown. But we missed two rounds during the season through injury which didn’t help our cause. We may not have got things quite right but we’ve put a huge effort in during the year. We came to Silverstone this weekend outside the Showdown top six, so we had nothing to lose. Saturday’s race I rolled the dice with the tyre choice and came in sixth; then the second race in the dry, I could have had a better result. I made a settings’ change mid-race and it caught me out and I missed a gear.
Today’s last race was wet and we’ve been fast in the wet. We found a good set-up and I felt confident. There was a crash on the first lap that I nearly got caught up with, but I just tried to manage the race and worked my way through from last to second. There were only seven finishers and I wasn’t one of them. I was relaxed and pushing at the time and it caught me out. I’m gutted to have crashed out, but I’d like to send my best wishes to my team-mate Andy Reid and wish him a speedy recovery.”

Philip Neill – Team Manager:
“Firstly, our thoughts are with Andy Reid at this point. I must say the lad has impressed every time he has ridden the Tyco BMW S1000RR and this weekend was no exception.

It was great to see Josh back where he belongs fighting for race wins on the S1000RR. His pace when coming through the pack was fantastic and a reminder of how good a rider he is, and also how strong a package the BMW S1000RR is in Superstock specification.

We honestly could not have tried any harder to make it into this year’s BSB Championship Showdown and I would like to say a massive thanks to our sponsors, team members and most of all our riders for their efforts. The conditions this weekend were very difficult at times although, with the very clear advantage Christian had in the wet conditions throughout the weekend, we cannot hide our disappointment at not securing the all-important top six position for Tyco BMW.

Two rounds missed through injury clearly halted our championship challenge for this year however, we would like to congratulate those who secured the top six positions especially Jake Dixon who rode his heart out this weekend. We will regroup this week and aim to finish the season on a positive note for our sponsors Tyco Security Products and BMW Motorrad.”

LUCKLESS REID ON ROAD TO RECOVERY AFTER SILVERSTONE CRASH